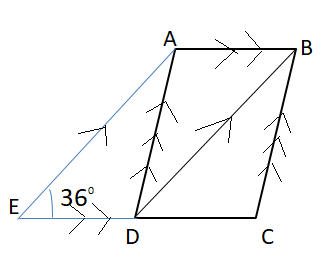 Verified
HINT- In order to solve such types of questions the key concept is that we should know the basic properties of rhombus and parallelogram along with the proper understanding of corresponding angles and alternate angles.

Complete step-by-step answer:
Corresponding angles - When two parallel lines (AE and BD) are crossed by another line EC (which is called the Transversal), the angles (∠BDC = ∠AED) in matching corners are called corresponding angles. 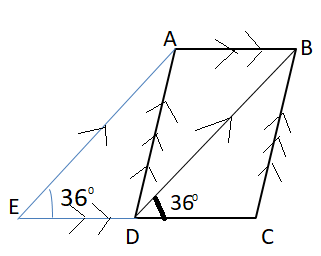 ⇒ We know that ABCD is a rhombus, so AB∥DC

Alternate angles-
Alternate angles are angles that are in opposite positions relative to a transversal (BD) intersecting two parallel lines (AB and DC). 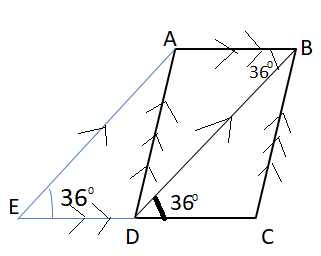 Isosceles triangle- The Isosceles Triangle Theorem states: If two sides of a triangle are equal, then the angles opposite those sides are equal. 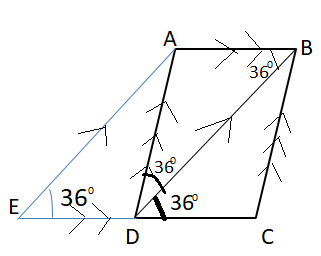 Substituting all the values we get,

Perimeter Of A Parallelogram

Perimeter of a Parallelogram

What is a Computer?

What is a Micrometer?

What is a Function?