Complete Answer:
In the case of sexual reproduction, bacteria show parasexuality where genetic combination and recombination take place. The simple form of sexual reproduction in bacteria takes place by conjugation which was first discovered by Lederberg and Tatum in 1946 in Escherichia coli. In the conjugation donor is male whereas the recipient is female, the male cell consists of a fertility factor in its plasmid whereas the female cell lacks the fertility factor. After the division of plasmid in the male cell, the pili of the cell form a conjugation tube by which the transfer of one plasmid takes place from male cell to female cell, and this new female cell will act as a donor cell. 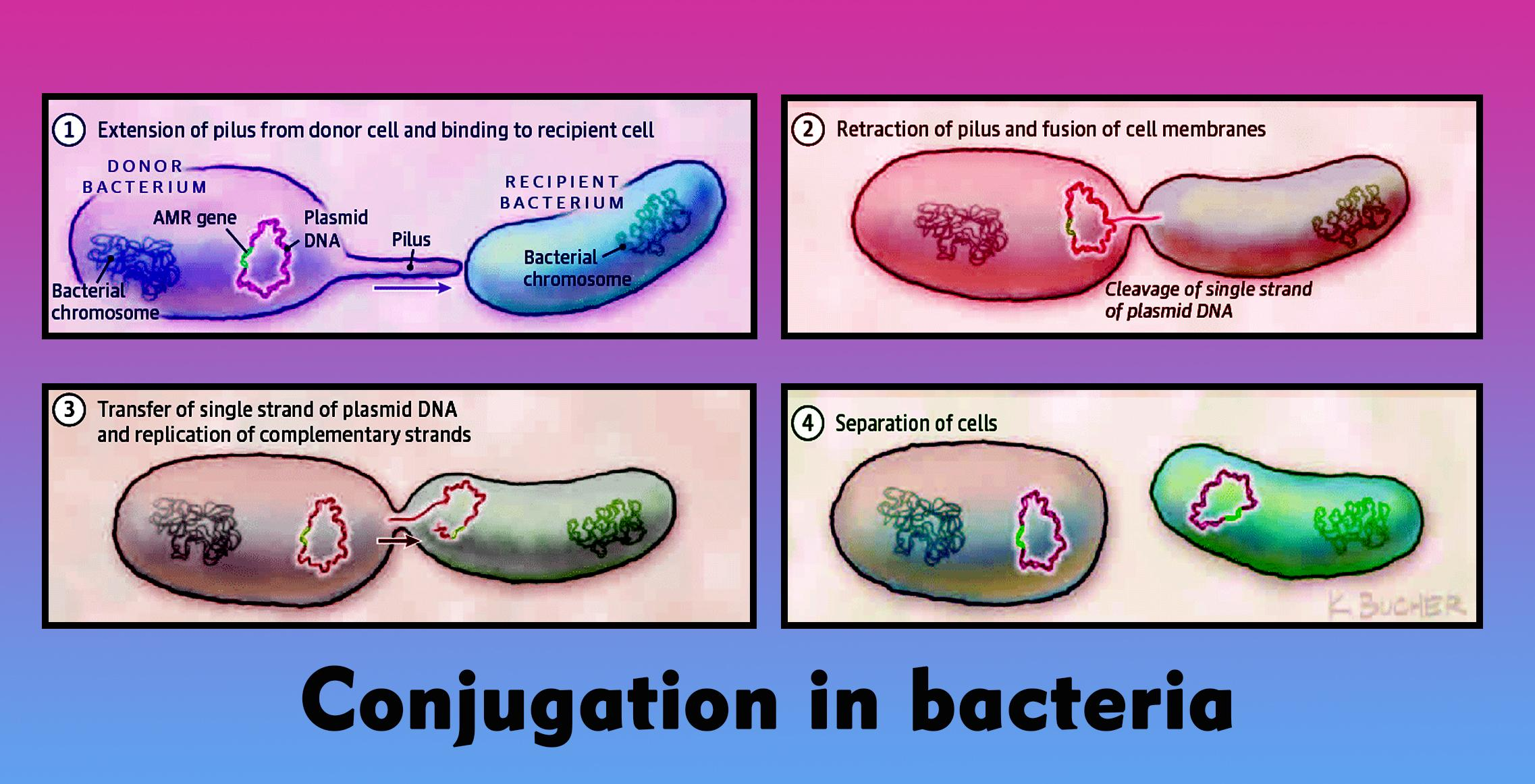 Asexual reproduction in bacteria takes place by binary fission. In a binary fission cell, multiply and divide to form a new cell, this type of division is called an amitotic division where the spindle doesn't form. In binary fission, the nucleoid and chromosome replicate, and after replication, the cell divides to form two new daughter cells, this division takes place by the development of turgor in both cells.
In the case of spore-producing bacteria, reproduction takes place by sporulation. In bacteria, endospore is formed by dehydration of the nuclear body which secretes the cell wall, after autolysis endospore disperse and germinate to form new bacteria. Endospore can tolerate high temperatures, drought, and toxic chemicals but endospore formation is rare in bacteria.
So, the correct answer is ‘(e) Conjugation’.