Verified
91.5k+ views
Hint: An example of a radially symmetrical diploblastic animal belongs to the phylum Coelenterata or Cnidaria. The characteristic feature of this organism is that it is found in freshwater and has an incredible regeneration capability.

Complete answer:
An animal is said to be radially symmetrical when any plane passing through the central axis of the body can divide the organisms into two equal halves. Radial symmetry is seen in ctenophores, echinoderms, etc. An animal is said to be diploblastic when the embryonic germ layers of that organism are divided into two layers, external ectoderm, and an internal endoderm. Such animals have an undifferentiated layer present between the two layers known as mesoglea. Both the characters of radial symmetry and diploblastic are seen in the organisms of Coelenterata. Examples of coelenterates are hydra, jellyfish, Aurelia, Physalia, Adamsia.

Additional Information: Roundworm: Roundworm (Ascaris) belongs to the phylum Aschelminthes commonly known as roundworms because their body is circular in cross-section. Roundworms are bilaterally symmetrical, triploblastic, pseudocoelomate animals with organ system level of body organization. Examples include Wuchereria (Filarial worm), Ancylostoma (Hookworm).
Earthworm: Earthworm (Pheretima) belongs to the phylum Annelida which is named after the fact that the body of annelids is divided into segments or metameres (annulus). They are bilaterally symmetrical, triploblastic coelomate animals with organ system level of organization. Examples include Nereis, Hirudinaria (Bloodsucking leech).
Liver fluke: Liver fluke (Fasciola) belongs to the phylum Platyhelminthes commonly known as flatworms because their body is dorso-ventrally flattened. The characteristics of flatworms include bilaterally symmetrical, triploblastic, and acoelomate animals with organ level of organization. Examples include Taenia (Tapeworm), Planaria.
So, the correct option is ‘Hydra’.

Note: -Animals that have a third germinal layer known as mesoderm during the development of the embryo are known as triploblastic animals. Examples include Platyhelminthes, Aschelminthes, Chordates.
- Animals whose bodies can be divided into two identical left and right halves by only one plane are known as bilaterally symmetrical. Examples include annelids, arthropods, etc.
-Some animals cannot be divided into two identical halves by any plane passing through the center and they are known as asymmetrical animals. Examples-Sponges. 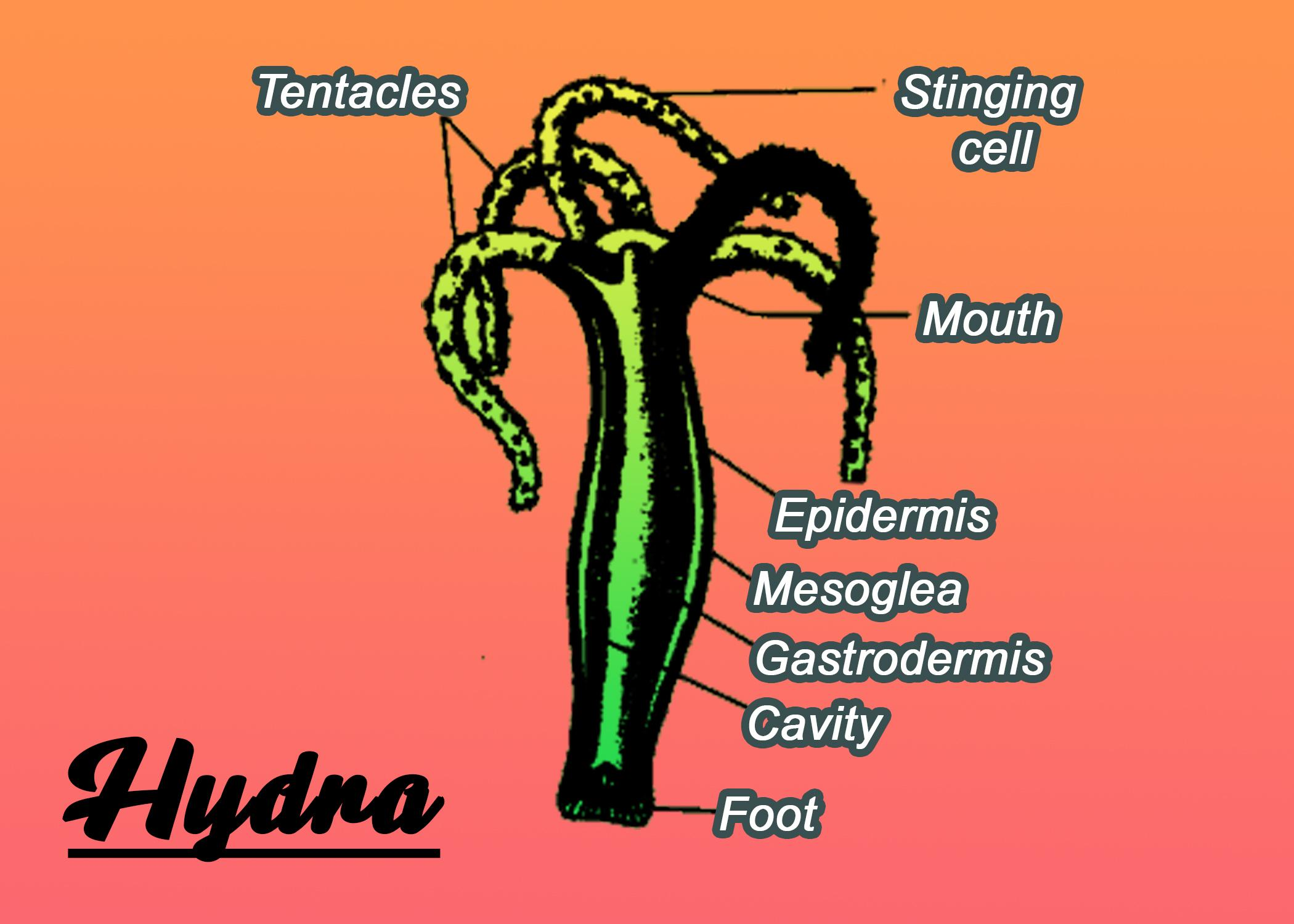