Verified
128.7k+ views
Hint: Use a second equation of motion which gives relation between$g,H,u\text{ and }t$. Acceleration due to gravity plays a role over here because the body is under the influence of gravity. At starting position, the body is at rest therefore initial velocity must be zero. 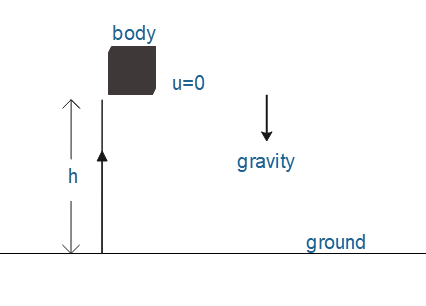 So the correct answer is Option A.