Verified
177.6k+ views
Hint:We know that in case peroxide is present, addition of ${\rm{HBr}}$ follows anti-Markovnikov rule and number of possible stereoisomers can be deduced from the number of chiral centres. 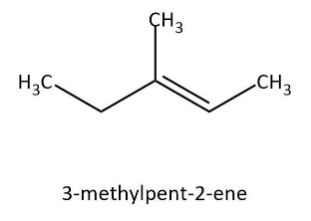 As we can see that it is an unsymmetrical alkene, so we have to be careful with the addition of ${\rm{HBr}}$ to this. Usually we would follow Markovnikov rule but now we are doing addition in the presence of peroxide. So, we have to follow the anti-Markovnikov rule and we will see that less substituted carbon will get priority. Let’s write the addition reaction as follows:

Now that we have our addition product, let’s find out how many chiral centres are there in this molecule by identifying carbon atoms that are bonded to four different substituents. 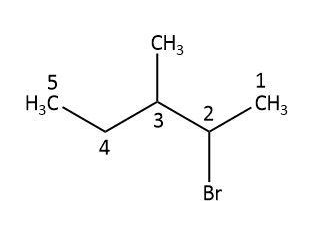 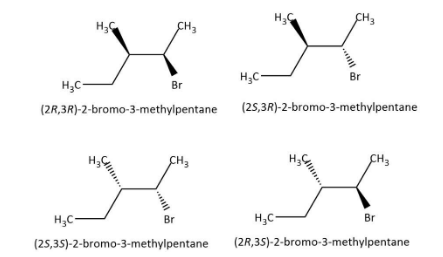 Hence, the correct option is C.

Note: We can understand the formation of the product according to the anti-Markovnikov rule as participation of peroxide in the free radical mechanism and giving rise to peroxide effect.
Recently Updated Pages
Calculate the entropy change involved in the conversion class 11 chemistry JEE_Main