A Brief Introduction to the School Vocabulary

As kids are promoted into upper grades, they are taught various new things. One of the primary things that a kid is taught is to learn new words. Learning new words and their meaning and using those words in day-to-day conversations can help kids in building their proficiency in a language. One of the important things while teaching is to familiarise kids with the vocabulary that can be used in real life. This can be done by introducing kids to the names of school objects. This will widen their vocabulary and help kids get better at conversation. The article is focused on providing a list of school objects that are commonly found. Teachers can help kids learn these by showing them the objects.

Let us look into some of the common school objects. We have also tried to provide suitable uses of the objects mentioned below for a better understanding of the kids.

These are some of the commonly found school objects, an image is provided below that can help kids better familiarise themselves with the names of school objects mentioned above. 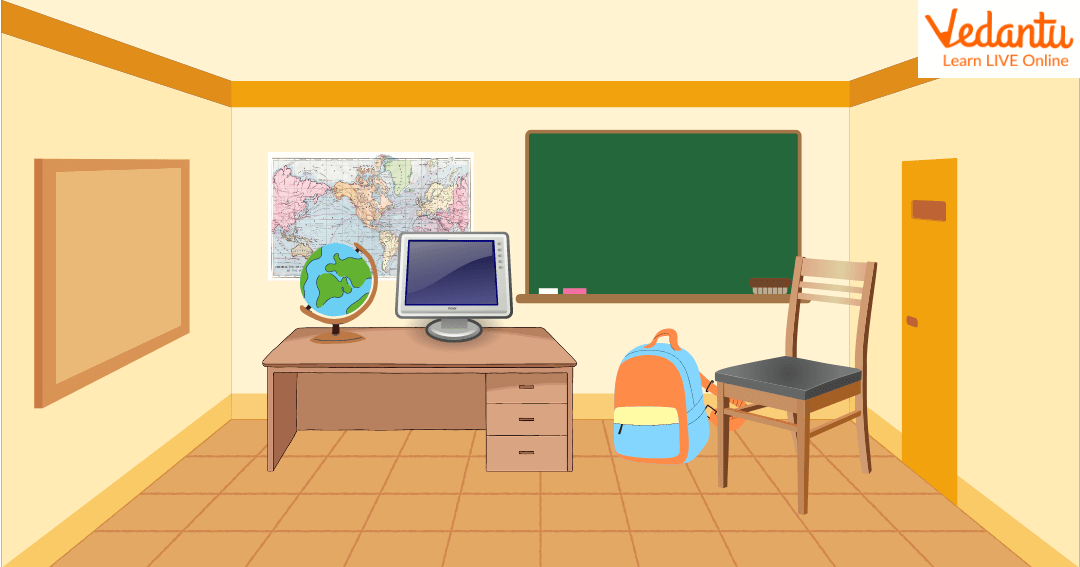 An Illustration of the Commonly Found School Objects

Uses of the School Objects

As we learnt the things that are commonly found in a school, let us look into their uses.

Some additional school objects are depicted in the image below. 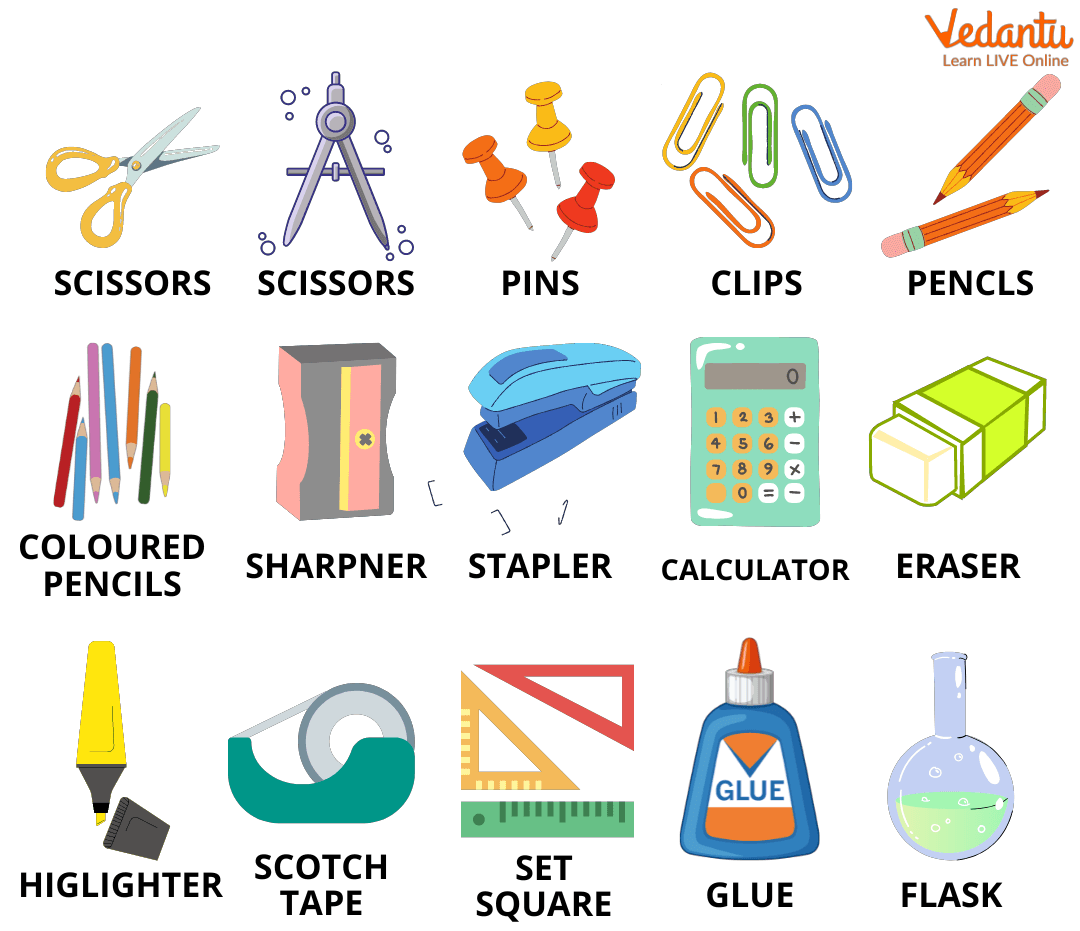 FAQs on Learning Names of School Objects in English

1. What is a globe and why is it used in school?

A globe is a rounded illustration of the Earth. The names of countries and oceans across the world are commonly taught using globes. Globes have comparable functions to maps, but they do not modify the terrain they depict other than to scale it down. A terrestrial globe is a model globe of the Earth.

2. Name an activity that can be planned for better learning of the names of school objects.

Parents and teachers can print the names of commonly found objects in school and hand them out to a group of kids. Teachers can then ask kids to collect the things mentioned in the list. The first one to bring most of the objects can be regarded as the winner. This can help kids recognise the school objects and also help kids in learning the spelling of the words, as they would read it repeatedly to find the objects.