Animation and cartoons are a big part of childhood. We as kids have grown up watching numerous American, Japanese and Indian animated shows. But in today's age, these kinds of animations can be easily created by kids and do not require too much hassle and learning of software and tools. There are very easily guided animation software for kids that allow them to make creative animations and tell their own stories. Let’s learn about them.

Students animation includes animated stories from popular classics such as Ramayana, Mahabharat and other classical stories from ancient India. These animations can include lessons in Maths, Geography, Science and stories from Literature.

It is very common among parents to complain about their children being very attracted to cartoons. But why do children like cartoons so much? A child does not have a boundary of possibilities, and, similarly, cartoons do not have any boundaries. Whatever you imagine can be represented in that form. They become curious and also can evoke emotions hence is an excellent form of storytelling. 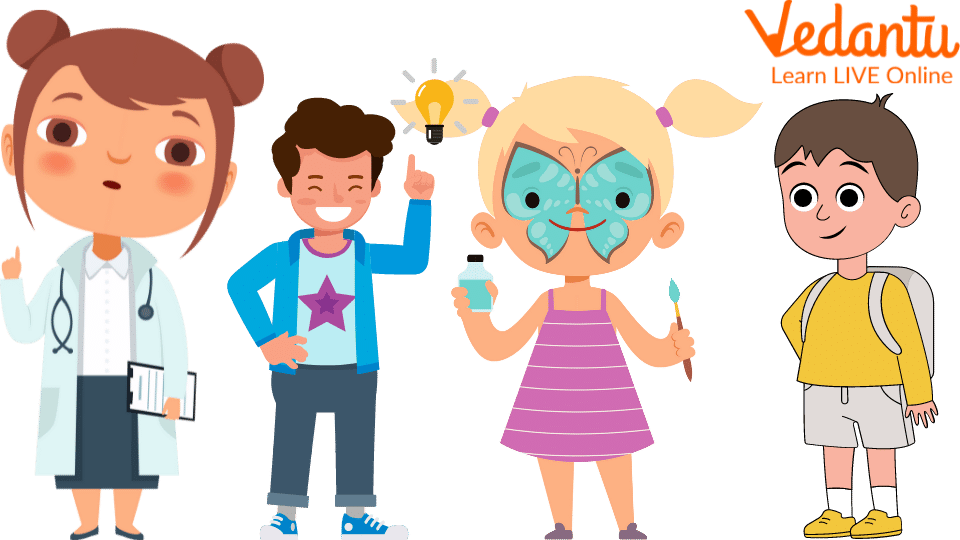 Animated Characters Made by Kids

Important Things to Remember About Animated Video for Children

How to Make Cartoon Animation?

The making of animation is divided into following the steps:

Mostly when kids begin animation they start by learning the basics of movement and how to make characters and objects change positions and make them run, fly do tricks etc.

But as they keep on learning they try to tell a short story through those characters. The storyboard involves thinking of a story and writing it in detail, drawing the frames or scenes in rough as a point of reference.

It is the most crucial skill when it comes to creating animations. It becomes very easy to create animations if the child has the skill of drawing. But not always does animation involve new characters; it can be done with photos and effects and different movements, which can also depict a beautiful story.

To have a compelling animation, we need to have good characters. If we can create attractive characters our storytelling gets a new dimension and makes it very engaging for the viewers. Drawing a detailed character can be difficult for kids at early stages so they can begin with stick figures and 2D motion animation. 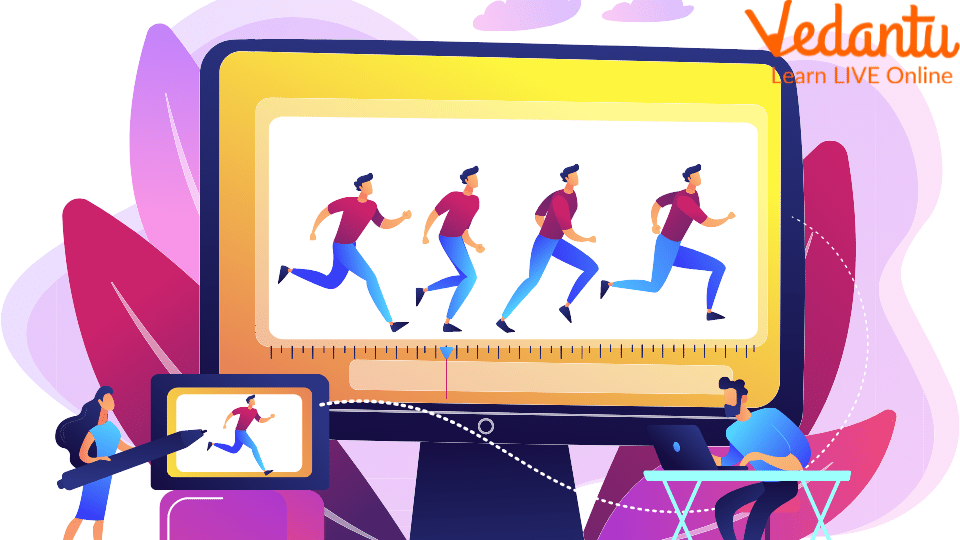 Animation is a very creative skill and artform. It involves knowledge of different subjects to bring a story to life. It can be easily learnt by kids and many institutes teach basic animation to kids and empower them, and make them good storytellers. Kids can also create their own animated stories or characters by finding many free online platforms.

Some of the free available animation software for kids are Doodlemaker, Blender, Harminy, etc. In conclusion, animation is a very lucrative job option as various studios and education companies hire talented animators to make their content.

FAQs on Animation for Kids

1. What are the advantages for children to learn animation?

It is a very promising way to express thoughts and emotions. Numerous psychological studies have proved that kids that are engaged in these kinds of creations have a brighter and value-based childhood making them grow into happy adults. To create a good animation movie one needs knowledge of various subjects such as physics, geometry, anatomy, mathematics, etc.

Animations for YouTube are typically made by combining a series of images together into a more fluid drawing with more frames than what's possible with normal drawings or photos alone.

3. What is the difference between YouTube and other websites?

YouTube is not just another video website, but a video-sharing website which means that users can upload and share videos both to their private accounts as well as on their public channels. Other websites featuring animated videos include:

Animated videos are common on YouTube; this is because shapes like balls, arrows or animals tend to be easier for viewers to process than a person animated in motion.