Punctuation is one of the essential tools of English grammar. Punctuation refers to the symbols or signs used in writing to divide phrases and sentences. It tells where to pause while reading a piece of writing.

This article will explore the importance of punctuation in English grammar and its usage in a sentence. So, let’s get started!!

In today’s lesson, we will discuss punctuation. We will begin with understanding the definition of punctuation. Then we will see examples of this punctuation. Moving ahead we will learn about punctuation marks. Practice questions and solved examples are given throughout the article for better understanding and concept clarity. Let’s begin the journey on this amazing topic.

What is a Punctuation Mark?

Punctuation is the use of white space after a sentence, in between words in a sentence using standard symbols called punctuation marks. They are certain typographical elements to aid in the comprehension and accurate reading of the written text, whether it is read by oneself or while together. 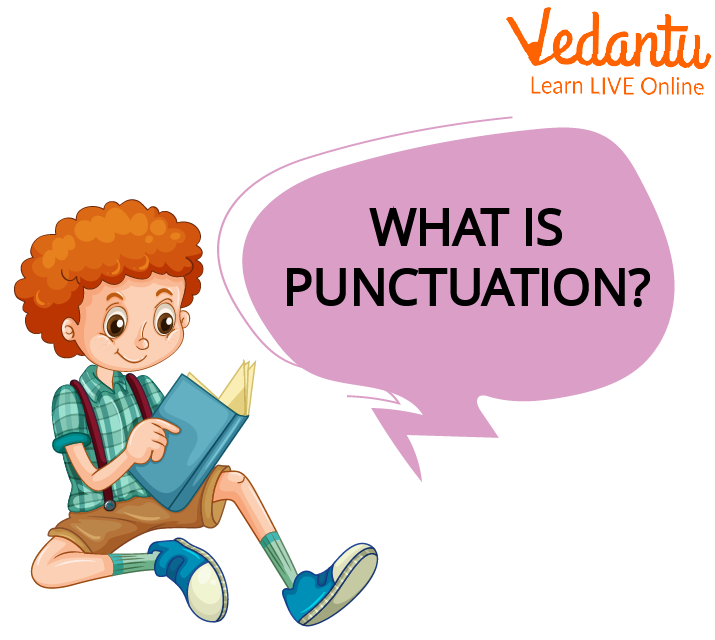 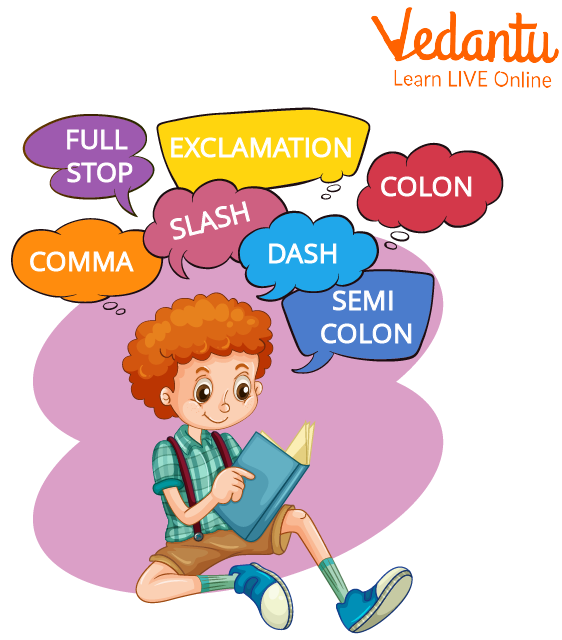 One of the most often used punctuation symbols in the English language is the full stop, sometimes known as the period (.) in American English. According to textual analysis, full stops make up almost half of all punctuation.

Full stops were used to conclude declarative sentences or other statements regarded as complete. Additionally, this punctuation is used after an acronym. A full stop can also indicate the conclusion of a string of words that does not usually compose a sentence.

Examples of a full stop(.)

To end interrogative phrases or queries, use a question mark as a punctuation mark. The sentence's arrangement will determine where the question mark goes.

Examples of a question mark: 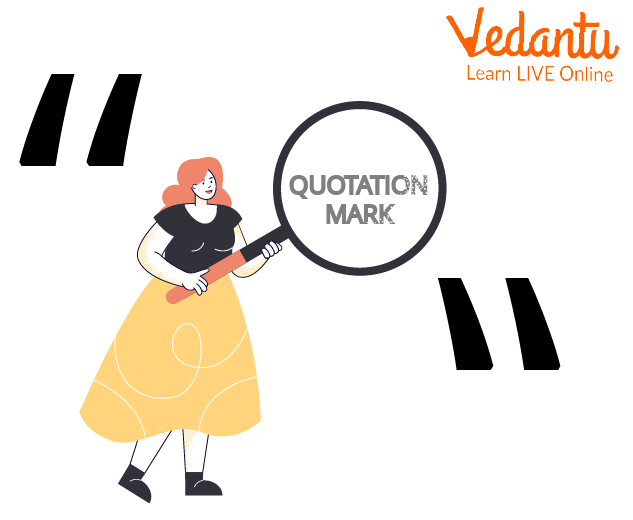 When you want to paraphrase someone else's remarks in your work, use quotation marks.

When certain letters have been removed from a word, an apostrophe (') is used to indicate this. Along with indicating the plural form of lowercase letters, the punctuation mark can also be used to signify a noun's possessive form.

Examples of the apostrophes:

To distinguish between two distinct concepts or sentence components, use a comma (,).

The comma rules and examples:

(1) When two distinct sentences are joined, a comma should be used.

(2) Separate words in a series with commas. Take note that the final word in the series is not followed by a comma.

Example: He was tall, beautiful, and clever.

Example: Thank you, but no.

The punctuation mark "hyphen" (-) is used to separate words or sections of words. It cannot be used in place of other dashes of any kind.

Examples of the hyphen(-)

A dash is a punctuation mark that divides words into statements. There are two different types of dashes: en dash and em dash. En dash indicates range or connections. The em dash, on the other hand, is used in situations where a comma could also be appropriate. The dash can also be used to delete words or phrases that are not necessary for understanding the sentence. In situations where a comma would normally be used, a dash may be substituted.

The en dash, which is a symbol (-) used in writing and printing to denote a range or links, is slightly larger than a hyphen.

The em dash (—), which is twice as long as the en dash, can be used in place of a comma, parenthesis, or colon to improve readability or emphasize a sentence's end.

He gave her his answer—Yes!

It may be used at the beginning or conclusion of a statement. It also serves as a full stop or a period at the end of a sentence when used in this way. To convey an order or a strong passion, we frequently employ the exclamation mark (!)

A colon (:) is a fairly common and widely used punctuation character. A quotation, an illustration, a sequence, or even an explanation can be introduced using this technique. The second application is to divide two independent clauses with it. Finally, emphasis can be conveyed by using a colon.

My wife is a teacher; at St. Paul school.

I want to go to a park; to clear my head and have fun.

I am here; you are over there.

Put the correct punctuation mark to the following sentences.

You can’t use a semicolon (;) to divide just a single item in a list.

In the Punctuation for Class 10, we will learn about the following things:

In this chapter, we studied punctuation. Punctuation is derived from the Latin term "punctum," which refers to the proper placement of points and stops in written communication. Punctuation enhances our work by adding quiet intonation. We can halt, stop, stress, or pose a question by using a comma, a period, an exclamation point, or a question mark. When punctuation is utilised appropriately, writing becomes more precise and clear because it allows the writer to pause, stop, or emphasise specific words or clauses. The reader is told to pause at opportune points and organise the material on the page they're reading by utilising effective punctuation that mimics speech rhythms. It clarifies the writing and reduces misunderstandings.

1. How can I improve my sense of punctuation in a sentence?

To improve the sense of punctuation in the sentences, read different types of academic and fictional non-fictional writings.

2. How many punctuation symbols or marks are present in the English language?

There are 14 types of punctuation marks in English.

3. How many commas can I use in a sentence?

There is no limitation on using commas in a sentence, but it has to make sense.