Why do we call our heart myogenic?

Verified
Hint: Some special types of muscle cells are present in the heart that are capable of generating regular impulses without any activation from the outside of the heart. 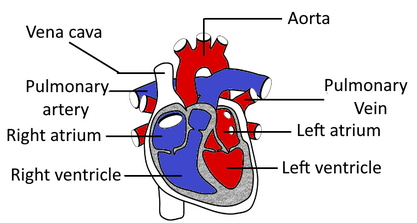 Note: -Similar types of myogenic hearts are also found in Molluscs and some other vertebrates.
-The volume of blood pumped by the heart can vary from five to 30 liters per minute.
-About 2,000 gallons of blood is pumped by the human heart every day.
-People who have blood type AB have the highest risk of heart disease.

Liked
Students Also Read
Why do We Respire?

Why Do We Fall ill

Heart - Pump of The Circulatory System

Why do we Have Two Eyes?