Verified
Hint: Bonds are usually formed by share or transfer of valence electrons. Valence electrons are the electrons in the outer energy level of an atom that may be involved in chemical interactions.

Complete step by step answer:
-Bonds are formed when two or more atoms are able to satisfy the electron configurational stability of each other. This means that, in order to achieve maximum stability, valence orbitals in atoms must be fully filled or half filled. Also, the valence electron shell must fulfil the octet rule, i.e. there must be 8 electrons present in the valence shell.
-Lone pairs of electrons are found in the valence shell of the atom. Lone pairs of electrons are basically the electron pairs that do not take part in the bond between two atoms.
-Compounds are formed due to the bonding of atoms. Bonding results in classification of valence electrons in bonding electrons and lone pairs.
\[{P_4}{O_6}\] is a compound which is formed because of the bonding of Phosphorus and Oxygen atoms. The molecular structure of \[{P_4}{O_6}\] can be drawn as follows: 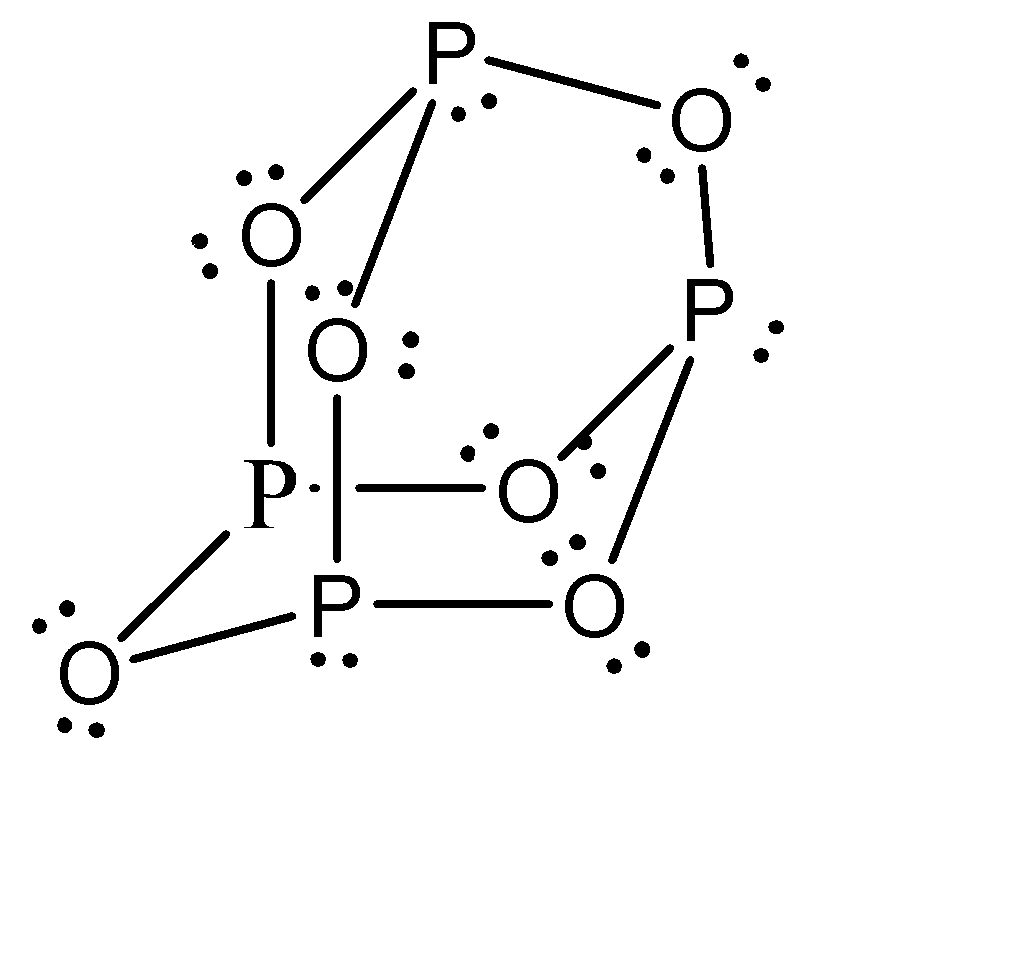