On what basis are plants and animals put into different categories?

Verified
Hint: Both the plants and the animals obtain their food by various means depending upon their food habit and also depend upon the body organization and cell differentiation.

Complete answer:
The plants and animals are kept in different categories due to their mode of nutrition. The plants prepare their own food, so they have an autotrophic mode of nutrition while animals depend upon plants and others for food so they have a heterotrophic mode of nutrition. The cells of both plants and animals differ from each other. The plants have a cell wall made up of cellulose while the animal cells do not have any cell wall.
The plant cell consists of a special cell organelle called plastics which produces chlorophyll for the process of photosynthesis while they are absent in the case of an animal cell. The animal cell has centrioles present towards the center of the cell meat and endoplasmic reticulum and the nucleus which is made up of microtubules and proteins to provide support.
The animals are locomotory in nature, they can easily move from one place to another with the help of their legs while the plants are non-locomotive in nature, they stand tall and erect at one place for their whole life without any movement. The animals move in search of food while plants make their own food, so they do not require movement. 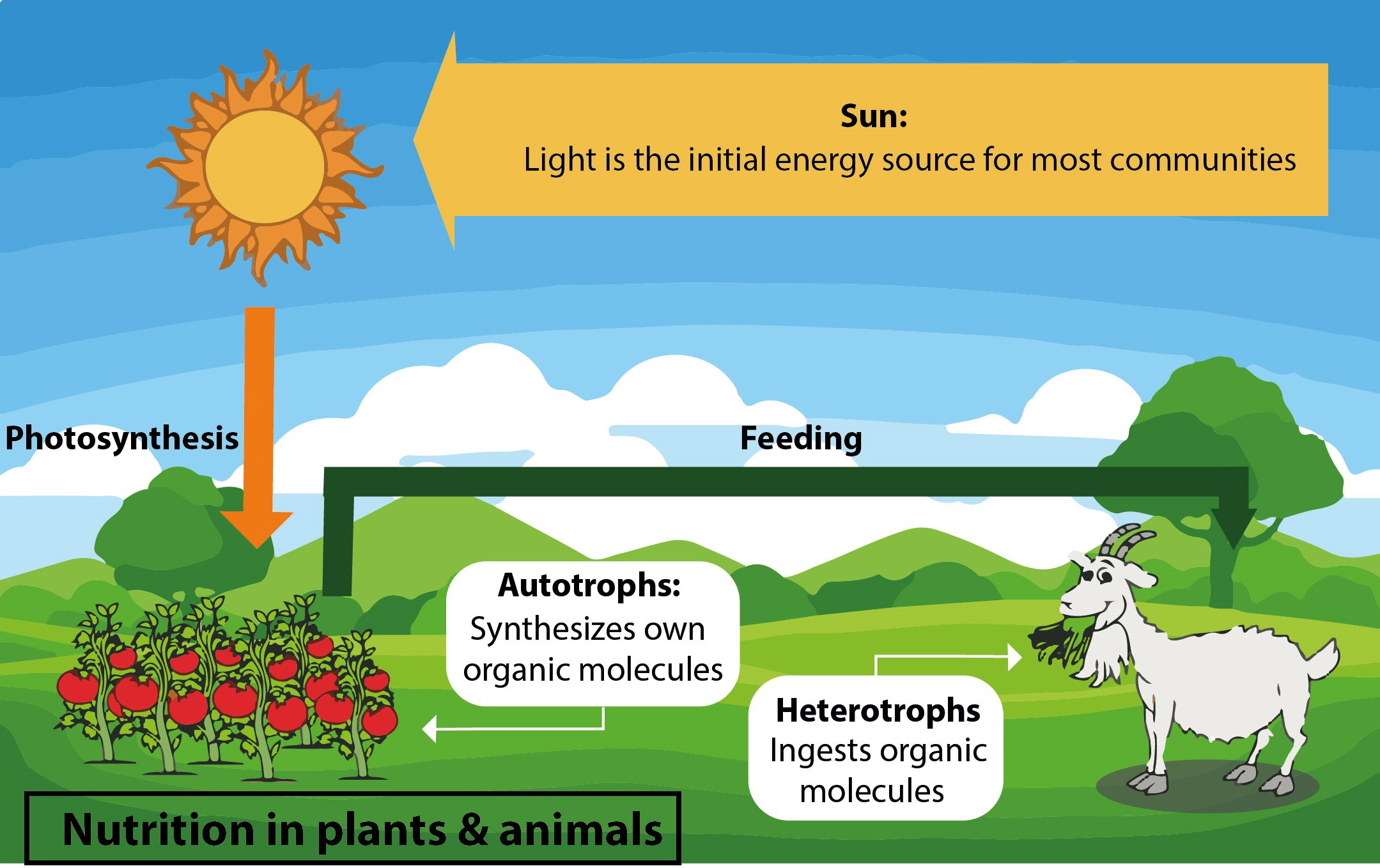 Note: The word autotroph is derived from the Greek word trophy, meaning ‘food’ or ‘nourishment ‘. The German botanist Albert Bernard Frank coined the term autotroph in 1892. They are developed from the heterotrophic bacteria in which photosynthesis developed due to evolution. It first appeared around two million years ago. The term heterotroph was derived from the Greek word heteros, meaning ‘other', and trophe, meaning ‘good’ of ‘nourishment’.