Verified
Hint: Thrombocytes are also called platelets and they form mass at the site of the injury and together with clotting agents in the plasma, this mass is a clot that stops the bleeding.

Complete answer:
The blood cells whose function is to prevent bleeding are platelets and they are also called thrombocytes. The average lifespan of the circulating platelets is around 7 to 10 days. The term ‘thrombocytes’ has been taken from the Greek words ‘thrombo’ means clot and ‘cytes’ means cell. They are a component of the blood whose function (along with the coagulation factors) is to react to bleeding from blood vessel injury by clumping and thereby initiating a grume. Platelets haven't any cell nucleus; they are the fragments of cytoplasm that are derived from the megakaryocytes of the bone marrow which enter the circulation after attaining proper growth and modifications as per their function. The circulating unactivated platelets are biconvex discoid or lens-shaped structures, that are 2–3 µm in the greatest diameter. Activated platelets have cell wall projections covering their surface. 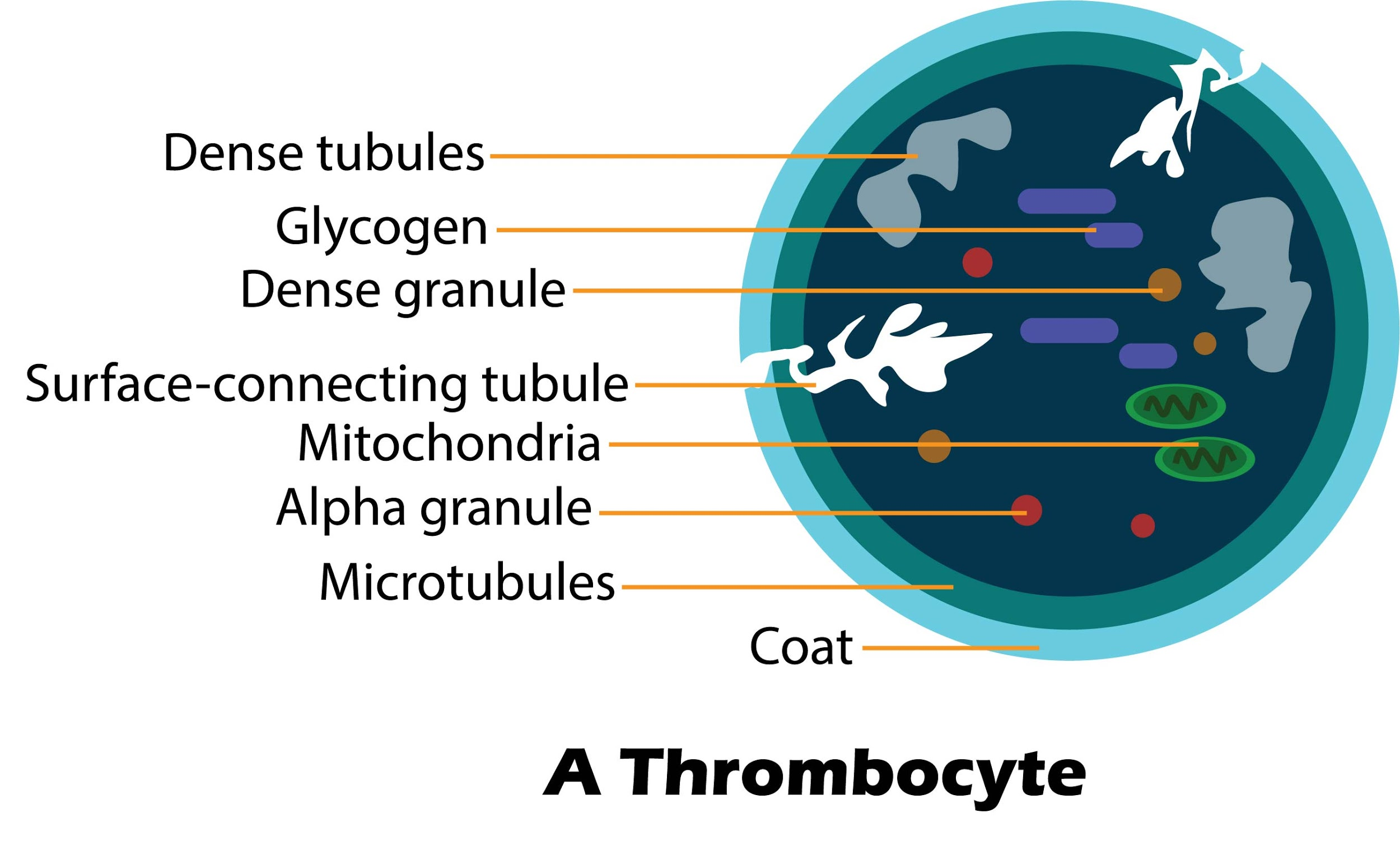 Note: -Platelets are found only in mammals, whereas in other vertebrates, thrombocytes circulate as intact mononuclear cells e.g. birds, amphibians.
-Platelets appear as dark purple spots on a stained blood smear, all about 20% the diameter of red blood cells.
-The smear is employed to look at platelets for size, shape, qualitative number, and clumping. A healthy adult typically has 10 to twenty times more red blood cells than platelets.