Verified
128.7k+ views
Hint: They are also known as semi-autonomous organelles which means they can replicate themselves independently of the nucleus. One of them is exclusively found in plant cells and the other is concerned with the generation of energy for the cell.

Complete answer:
In a eukaryotic cell, DNA is present inside the nucleus, associated with histone proteins. This nucleus is well surrounded by a nuclear envelope. DNA present outside the nucleus is known as extranuclear DNA. In eukaryotes, the extranuclear DNA is found in Mitochondria and chloroplast. While mitochondria are present in both plant and animal cells, the chloroplast is exclusively present in plants.

Additional Information:
Chloroplast and Mitochondria are semiautonomous organelles as they contain DNA, mRNA, ribosomes and are capable of synthesizing some proteins. They carry some genetic information in the form of DNA and can replicate on its own. They divide by fission. They produce cellular energy in the form of ATP by aerobic respiration, hence, commonly known as ‘powerhouses of the cell’. Pigments such as chlorophyll and carotenoid pigments are located in the chloroplast. They play a vital role in photosynthesis.
Lysosomes are the site of intracellular digestion of macromolecules. They are bounded by a single membrane and filled with hydrolytic enzymes. They are absent in plant cells.
Golgi apparatus is a single membrane-bound organelle which is involved primarily in the production of glycoproteins and glycolipids.
The endoplasmic reticulum is a branched membranous network spread all over the cell, specifically concentrating near the outer nuclear membrane. It is of types, i.e. smooth ER( without ribosomes) and rough ER( with ribosomes). It functions mainly as an intracellular transport channel. 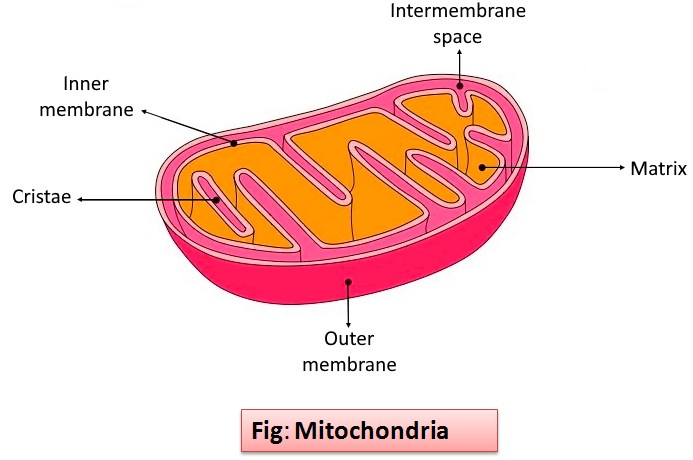 So, the correct option is ‘ Chloroplast and mitochondria.’