Excretory matter of the earthworm is mainly
A. Creatinine
B. Urea
C. Ammonia
D. Both B and C

Verified
128.7k+ views
Hint: They are the nitrogenous wastes products in various animals that are excreted out of the body, out of these two one them is highly toxic and is later converted into the other form.

Complete answer:
The earthworms are both ureotelic and ammonotelic and secrete both urea and ammonia as waste products. The excretory organs are called nephridia in the earthworm.

Additional Information:
-Ammonia is a toxic element even when present in small amounts and must be immediately removed from the body.
-Ammonia is a waste which is formed by amino acid catabolism.
-Ammonia is a nitrogenous waste that is formed generally in aquatic organisms.
-The ammonia needs to be removed from the body as fast as possible or else it will become detrimental.
-Those organisms which cannot remove their nitrogenous waste mostly ammonia will convert it into urea or uric acid.
-This process of conversion of ammonia into urea is known as the urea cycle or ornithine cycle, which takes place in the liver.
-In the liver, urea is produced which is then transferred into the bloodstream and from the bloodstream to the kidney for excretion.
-Urea is excreted as a solution present in the urine.
-The urea as a waste product was discovered in 1828 by Friedrich Wohler.
-In 1727, the Dutch scientist Herman Boerhaave discovered urea for the first time.
-Urea is present in the urine of the mammals as a main nitrogen-containing waste substance. 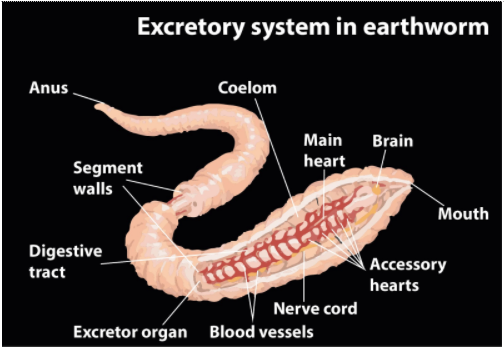 So, the correct answer is ‘Both B and C’.