Verified
91.8k+ views
Hint: Centrioles are the microtubular structure which duplicates to form a pair of centrioles which exist at the right angle to one another. These are found in eukaryotic cells, complex centrioles are known as centrosomes.

Complete answer:
Centrioles take part in cell division by forming spindle poles. In the metaphase of cell division, the disintegration of the nuclear envelope results in the formation of a fibrous body called spindle apparatus. Spindle fibres from spindle apparatus get attached with the centromere and separate the chromatids of a chromosome. The chromosome moves toward the pole and helps in cell division. It also forms basal bodies of cilia and flagella and in spermatozoan the one centriole from the pair gives rise to the axial filament.

Additional information:
The centriole is a cylindrical structure made up of protein tubulin. They are 0.3-0.5 micrometre in length and 0.15 micrometre in diameter which is made up of nine triplets of microtubules in which central microtubules are absent. Triplets are embedded inside an amorphous matrix and place parallel to one another. Adjacent microtubules are connected by linkers with the centre of centriole occupied by the rod-like mass hub which is made up of protein. Microtubules of centrioles are surrounded by an amorphous sphere of dense pericentriolar satellites. Centrioles do not consist of its DNA but still, it form copy of new centrioles with the help of pericentriolar satellites. At the time of cell division pairs of centrioles separate and migrate toward opposite ends. Cillogenesis occur at the time of cilia development in which centrioles divide many time and orient along the surface of the cell to form basal bodies.
Centrioles do not take part in cell plate formation in plant cells and nucleolus formation in the eukaryotic cell.
So, the correct answer is option (d) ‘Spindle formation’.

Note: Cilia, flagella and centrioles are made up of microtubules which possess nine peripheral fibrils of microtubules. All the three help in cell movement but centriole show movement to a limited extent inside the cell during cell division. 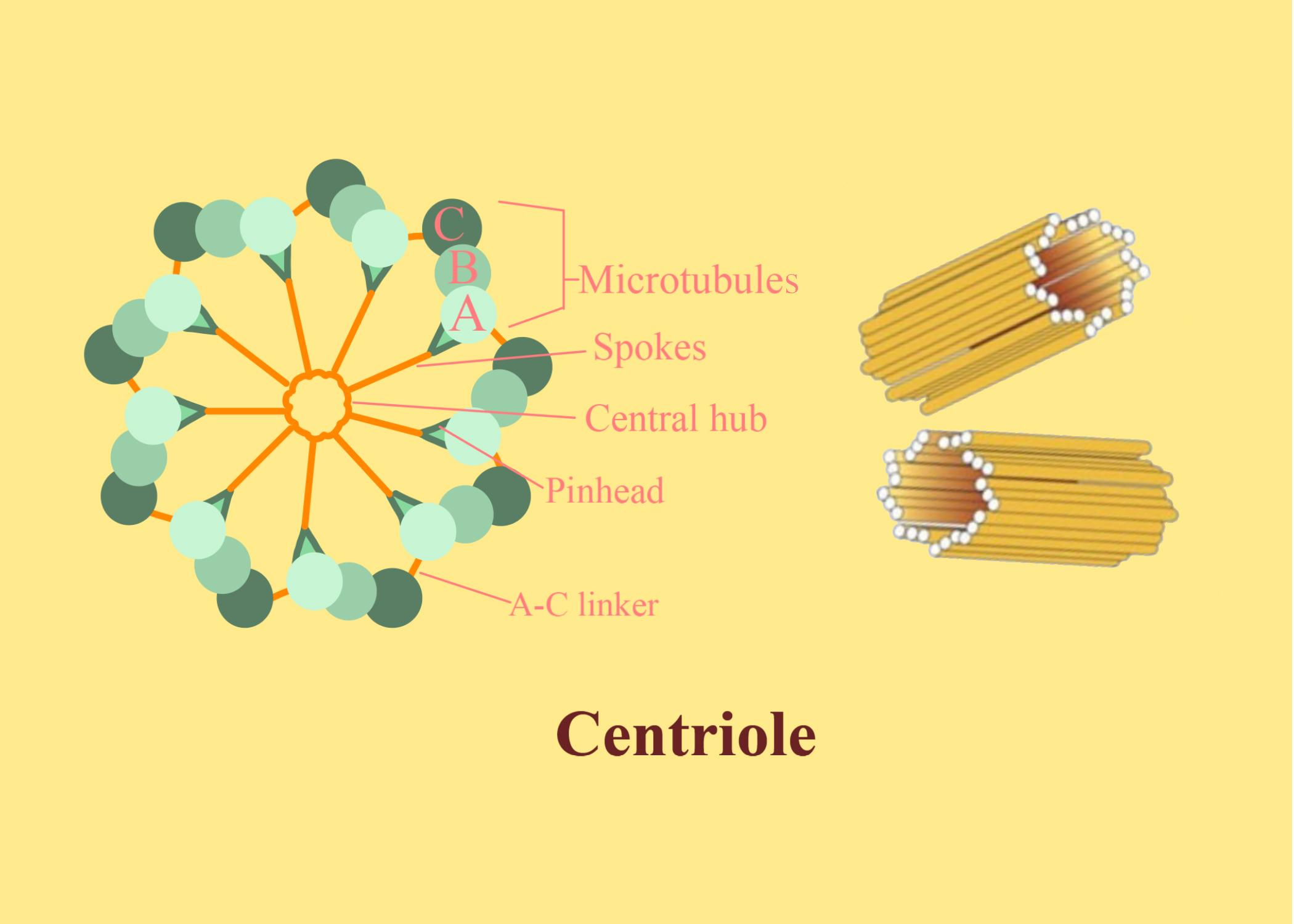