In Front of Preposition: Definition, Usage and Examples

You can easily understand the preposition with these basic examples:

2. The cat is under the table.

There are many prepositions. In this article, we will discuss the preposition ‘in front of’.

How to Use Prepositions in Front of?

Prepositions of place are excellent terms to begin learning, particularly for children with a limited English vocabulary. These prepositions describe the position of something: in front of, behind, or between. While your children may be able to express the name of their favourite item, they can indicate where it is by using preposition words. "My teddy bear is behind the bed," for example, or "My automobile is in front of the table." While learning preposition words might be difficult, it's always enjoyable to practise them with children.

A  noun phrase is commonly used with a function word to generate a phrase that communicates a change or prediction. A preposition is a tiny, frequent word that indicates direction (to in "a letter to you"), place (at in "at the door"), or time (by in "by noon"), or that introduces an item (of in "a basket of apples"). The object of a preposition is usually a noun (noon), a noun phrase (the door), or a pronoun (you).

A preposition is a word that connects a noun or pronoun to the remainder of the phrase, according to English grammar. The words "in," "beside," "through," and "into" are examples of prepositions. Your children will want to be able to express themselves more completely as they get more comfortable utilising English words and phrases that they already know. Prepositions come into play here!

Examples of Preposition in Front of 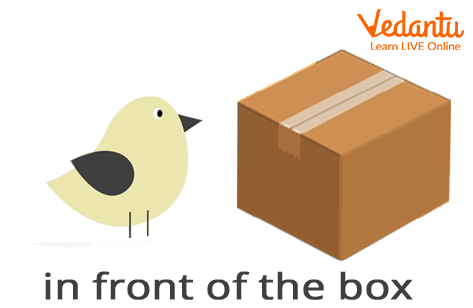 The Bird in Front of the Box

Come on along sing The Preposition Song

Come on along sing The Preposition Song.

In front of, behind, between.

Come on along sing The Preposition Song

Come on along sing The Preposition Song. 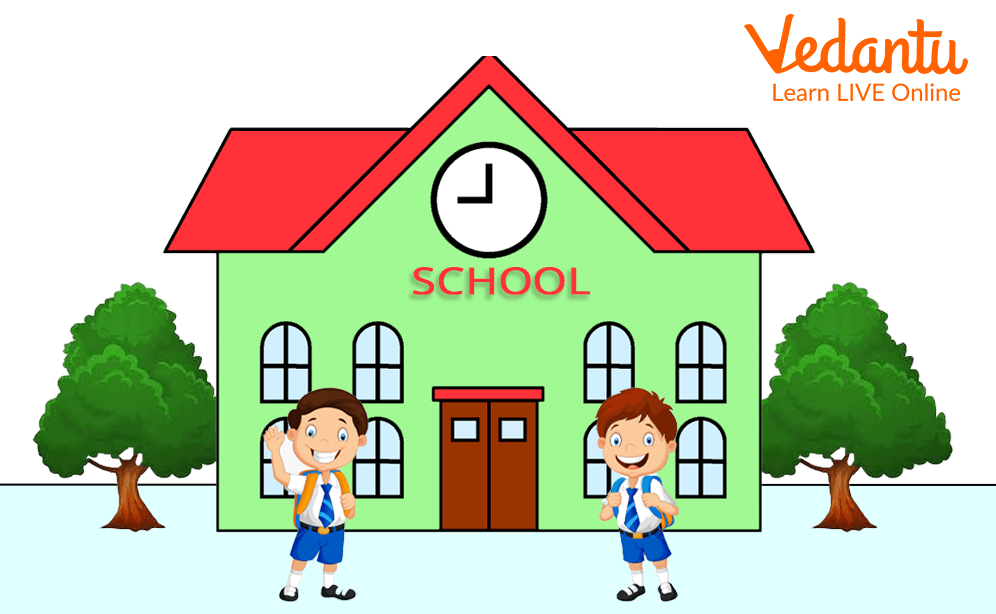 Kids are in Front of the School

The Most Frequently Used Prepositions

Some of the most frequently used prepositions are at, for, from, in, of, on, to, with, about, above, across, after, against, along, among, around, because of, before, behind, below, beneath, beside, between, close to, down, during, except, inside, instead of, into, like, near, off, on top of, onto, out of, outside, over, past, since, through, toward, under, until, up, upon, within, without.

English can become more enjoyable when kids learn prepositions. The children will be able to begin describing the world around them and recognising how English is used in their daily lives. Play a prepositional phrase game at home to improve your skills. Tell the kid to stand behind the sofa or in front of the refrigerator. This will keep students engaged and make grammar more interesting for them.

FAQs on In Front of Preposition: Definition, Usage and Examples

1. What type of preposition do we have in front of us?

"In front of" and "against" are both prepositions of place that indicate the location of something.

2. What are the preposition examples?

A preposition is a word or set of words that come before a noun, pronoun, or noun phrase to indicate a direction, time, place, location, spatial connections, or to introduce an object. Words like "in," "at," "on," "of," and "to" are examples of prepositions.

3. What is the best way to utilise the preposition in front of?