What are Natural Disasters?

Natural Disaster are disastrous occurrences that are caused by any of the natural phenomena that occur on Earth. These can include earthquakes, tsunamis, and even floods and hurricanes. A natural disaster is "the negative impact following an actual occurrence of natural hazard in the event that it significantly harms a community". A natural disaster can cause loss of life or damage to property and typically leaves some economic damage in its wake.

There are different types of natural disasters.

Let’s learn about each of them one by one. 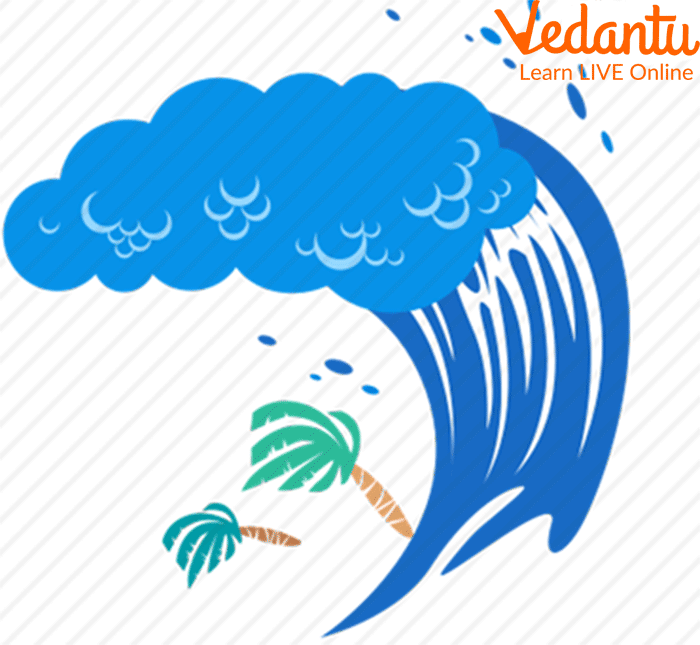 It is a powerful wave that occurs inside the sea because of the earthquake. This happens when a strong earthquake happens near or under the ocean. Because of this, a Tsunami occurs causing the destruction of so many lives. 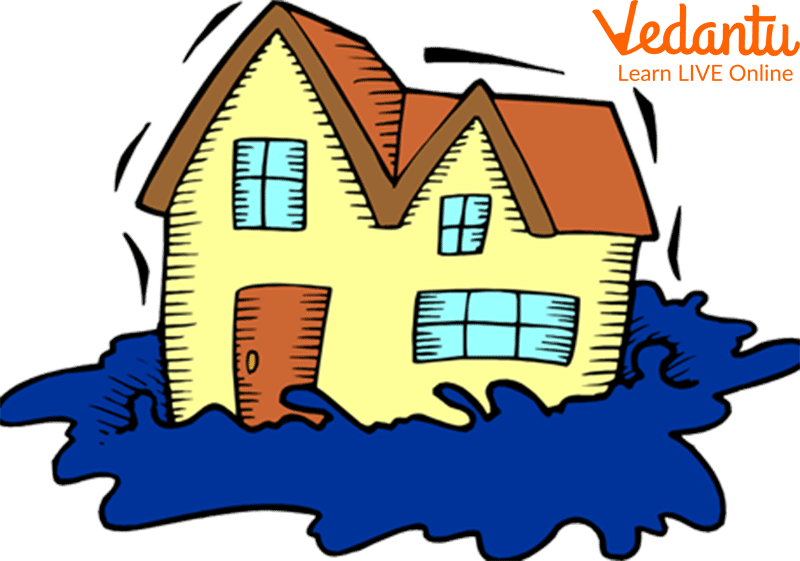 During a flood, there is an overflow of water. This disturbs normal life and sometimes also even causes deaths if the level of water becomes uncontrollable. This can happen after over rain and water leakage. 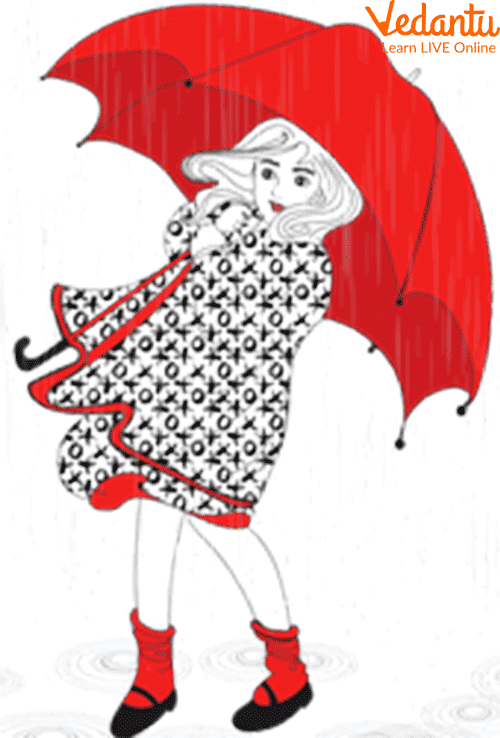 The storm is the disturbance of the atmosphere because of the strong winds, and heavy rainfall. Apart from this, there will be lightning. Storms can be uncontrollable and can cause the death of living beings. 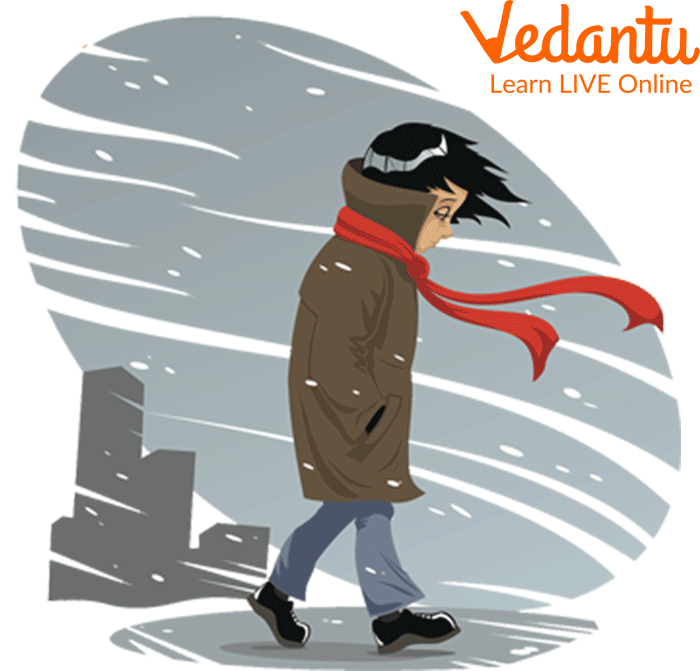 Because of some natural processes, sometimes cold air can be developed in the region and the surroundings. Due to this, the cold weather becomes unbearable and starts affecting the lives of living organisms. 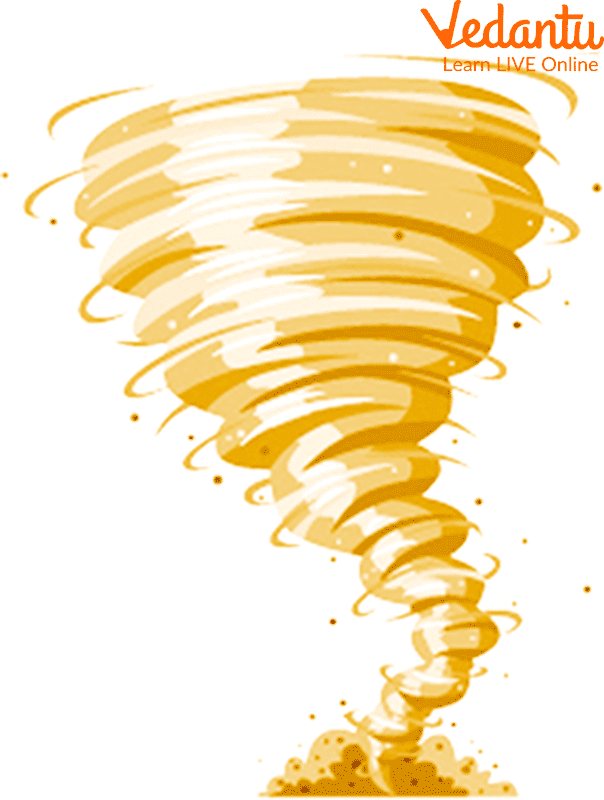 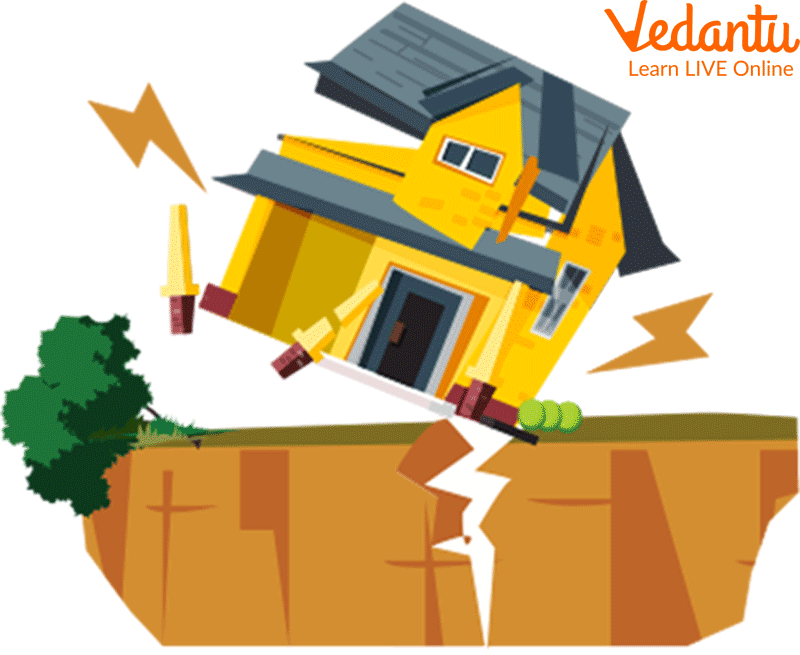 Earthquakes are the sudden shaking of the Earth. It occurs only for a short duration. During this, the Earth’s crust is disturbed completely.

Natural disasters sometimes take place without any prior warning or signs. The intensity can vary from situation to situation, as also the location and the type of disaster. The destruction can even be life-threatening and risky for human life; it is very important to take important steps to avoid any mishap.

1. How do earthquakes occur?

Earthquakes occur because of the sudden tectonic movements in the Earth's crust. When the plates slide over each other, it causes shaking of the Earth. Sometimes the shaking is too small, and sometimes it can be uncontrollable and cause loss of life. However, if it is uncontrollable, then professional help and actions need to be arranged and performed. The government needs to take appropriate actions in such conditions. During such a condition, necessary preventive measures need to be taken.

2. What measures and steps should be taken during an Earthquake?

There are a couple of things that should be done during an Earthquake. These are:-

3. What are the different natural disasters that you should be aware of?

Natural disasters happen naturally on the earth. It happens because some natural processes are on the Earth. Imagine there is a water cut in your house for two days, and there is no water available till 200 km from your place. Because of this natural absence of water, a natural calamity will be caused. The absence of water can cause drought, and so on.

There are different types of natural disasters.