Subject verb concord or subject verb agreement refers to the agreement between the subject and the verb. Subject verb concord Class 10 rules can make your writing and speaking skills more interesting and descriptive. But with so many verbs, person and number in English grammar, choosing which one to use suitably is difficult. However, no worries. This article will provide you with every information you need about subject verb concord for Class 10, so you can ace your grammar classes.

Today we will study an exciting topic “verb concord”. Verb concord refers to the subject-verb agreement that refers to how the words in your sentence match. 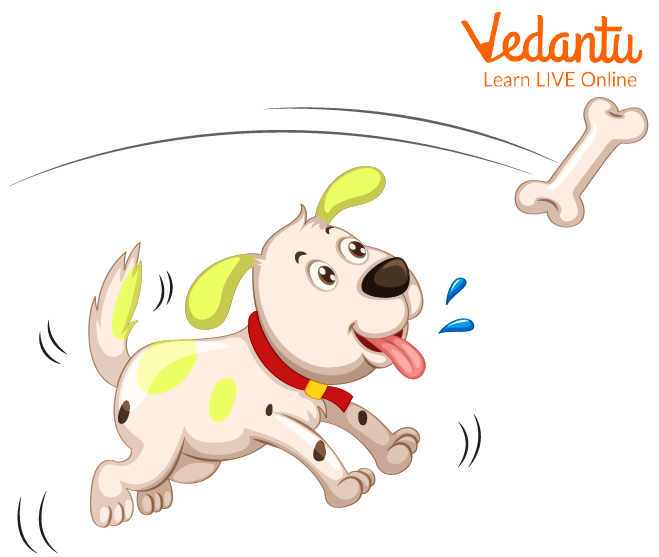 The Puppy Plays with the Bone

He goes to work by bus. (singular subject)

They visit  us every other week (plural subject)

2.  Regardless of whether there are words or phrases between the subject and the verb of the subject's number (singular or plural) remains the same.

One of the bowls is empty. (Singular subject)

The doctor, along with the nurse , is arriving soon.

4. Two subjects joined by “and” are plural verb is used.

Mary and John are quite different.

Bacon and Eggs are my favourite dish.

5. Two subjects joined by “either……..or”, “neither……..nor”, ”not only……but also” and “or” take the verb agreement nearest to the subject closest to it.

Neither my brother nor my sister goes to university. (sister is closer to the verb so the singular verb ’goes’ is used for the singular subject)

Either I or my friends will  attend your wedding.

6. In sentences beginning with “here”, or  “there”, the correct verb that aligns with the subject follows the subject.

There is a bush near the playground.

Here are the new clothes.

7. Depending on how they are used in the phrase, collective nouns like "group," "population," and "family" might have either a singular or plural verb.

My family is here.

The crowd was waiting impatiently for the singer to arrive.

8. Pay attention to the noun after the 'of' when a sentence contains terms like 'a lot of, all, some, etc. Use a singular verb if the noun after "of" is singular; a plural verb if it is plural subject.

A lot of the cake is still left.

Some clothes are torn.

9. Use of singular verb for expression of measurement, time, money, and weight when the amount is considered one unit.

1000 Rupees is a very a reasonable price.

Soccer is his favorite sport.

11. Titles of single entities such as books, organizations, and countries are always singular.

Harry potter is an interesting novel.

India is the best country.

Adverbs are used in sentences to answer questions related to the verb, adjective or adverb. There are subject verb concord Class 10 rules in grammar.

Regardless of whether there are words or phrases between the subject and the verb, the subject's number (singular or plural) remains the same.

Use a plural verb when connecting subjects in a sentence that are united by "and." Singular verbs are used with subjects connected by "either/or" or "neither/nor."

When "or," "either/or," or "neither/nor" are present, the verb in the sentence agrees with the noun or pronoun that is closest to it.

When the subject is preceded by words like "as well as," "along with," "besides," "not," etc., ignore them and, if the subject is singular, use a singular verb.

When a sentence starts with "here" or "there," the genuine subject usually comes after the verb.

Use singular verbs in sentences that refer to amounts of money, lengths of time, distances, etc.

Pay attention to the noun after the 'of' when a sentence contains terms like 'a lot of, all, some, etc. Use a singular verb if the noun after "of" is singular; a plural verb if it is multiple.

The following subjects will be covered in subject verb concord Class 10 CBSE:

Here is the list of benefits of  Concord Class 10 Free PDF:

If you're looking for a suitable subject verb concord Class 10 CBSE PDF solution, then you should check out these by Vedantu. You can answer numerous exam questions based on this material by making reference to it. As was already established, the subject of subject-verb concord is crucial since it teaches you how to construct some really fundamental sentences.

As the name implies, the verb concord is an agreement, therefore it is essentially an agreement of subject and verb that is governed by different rules. It is used to link or contract a subject with the verb in a sentence, and a subject-verb agreement is used to connect two separate sentences, such as a singular verb in a singular subject and a plural verb in a plural subject. The agreement of the verb with the subject is critical because only then can the sentence be considered grammatically acceptable; otherwise, faulty sentences cannot deliver the message or point correctly.

1. What does concord mean?

The agreement between the subject and the verb in a phrase is referred to as "concord."

2. Why are subject verb concord exercises crucial to practise?

You should practise subject verb concord activities since they will assist you in creating grammatically sound phrases.

3. What are some examples of subject-verb agreement in sentences?

For your reference, below are some sentences with subject-verb agreement.