Which of the following lenses is used to correct hypermetropia?
A) Convex lens
B) Concave lens
C) Cylindrical lens
D) None of these

Complete step by step answer:
Hypermetropia or far-sightedness is an eye condition where light rays from a nearby object are not focused upon the retina properly, but focused behind the retina. This happens due to the change in the shape of the eye lens or the curvature of the eye. The eye becomes taller axially and less curvier. The convex lens of the eye cannot converge light rays from a nearby object and hence, the near point of the eye (least distance of object which the eye lens can properly focus upon) increases. 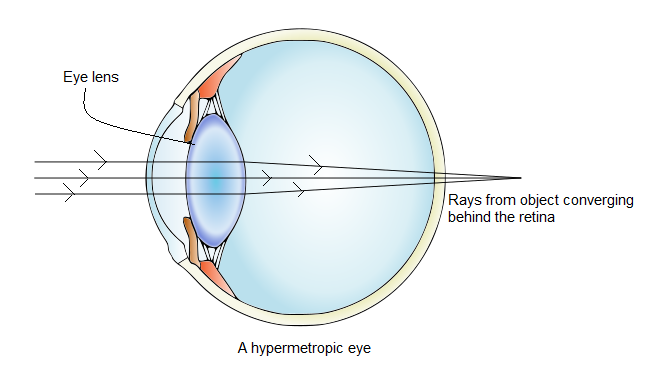 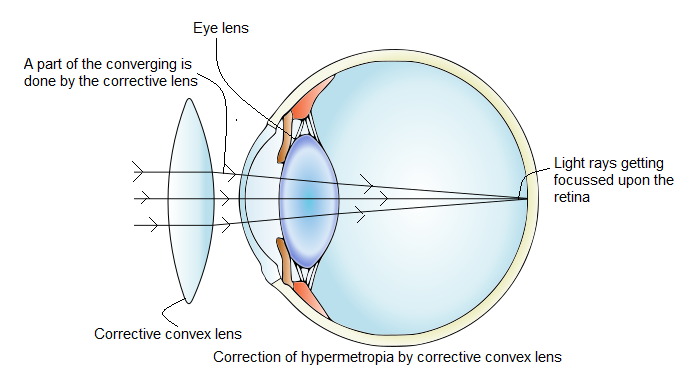 Therefore, the correct answer is A) convex lens.

Note: Students should not memorize which kind of corrective lens is used for correcting which eye defect but instead understand the effect of the corrective lens and then decide which kind of corrective lens will help in focusing the rays on the retina properly and compensate for the lack of ability of the eye lens to do so. For example, students should not memorize that hypermetropia is corrected by using convex lenses but understand that in hypermetropia, the eye lens loses its power to converge rays upon the retina and hence, a lens that can help in converging the rays, that is, a convex lens, must be used as a corrective lens.