State whether True or False:
Like poles repel each other and unlike poles attract each other.
A.)True
B.)False 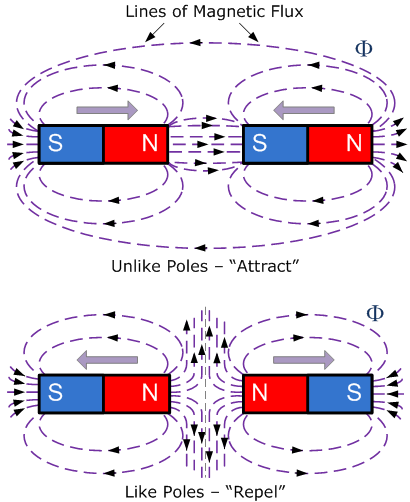 Note:
Size of the magnet affects its strength. When we increase the size of the magnet, there are proportionally more electrons to align either in the same direction or in reverse direction. This produces a stronger magnetic field as compared to a smaller piece of the same magnet.