Verified
119.7k+ views
Hint:. Water is made up of two hydrogen atoms and one oxygen atom. It exists in a large number of forms on the earth’s surface. Out of that, the water which comes from the clouds through the precipitation in the form of rain is the purest form of natural water. Now you can easily answer the given statement.

Complete step by step answer:
- First of let’s discuss the water. A water is a compound which is made up of the combination of two different elements i.e. the hydrogen and the oxygen atoms respectively.
- Water is present in a large number of forms on the surface of the earth. The various forms of water include the sea water, surface water, rivers, rain water , ice, lakes etc.
- Out of these various forms of water present, rainwater is the purest form of the natural water.

Additional information: Water molecule consists of two hydrogen atoms and one oxygen atom. It has distorted tetrahedral or bent V-shaped geometry with the bond angle of ${{104.5}^{\circ }}$ . Two lone pairs of electrons are also present on the oxygen atom. The structure and geometry of water molecule is as: 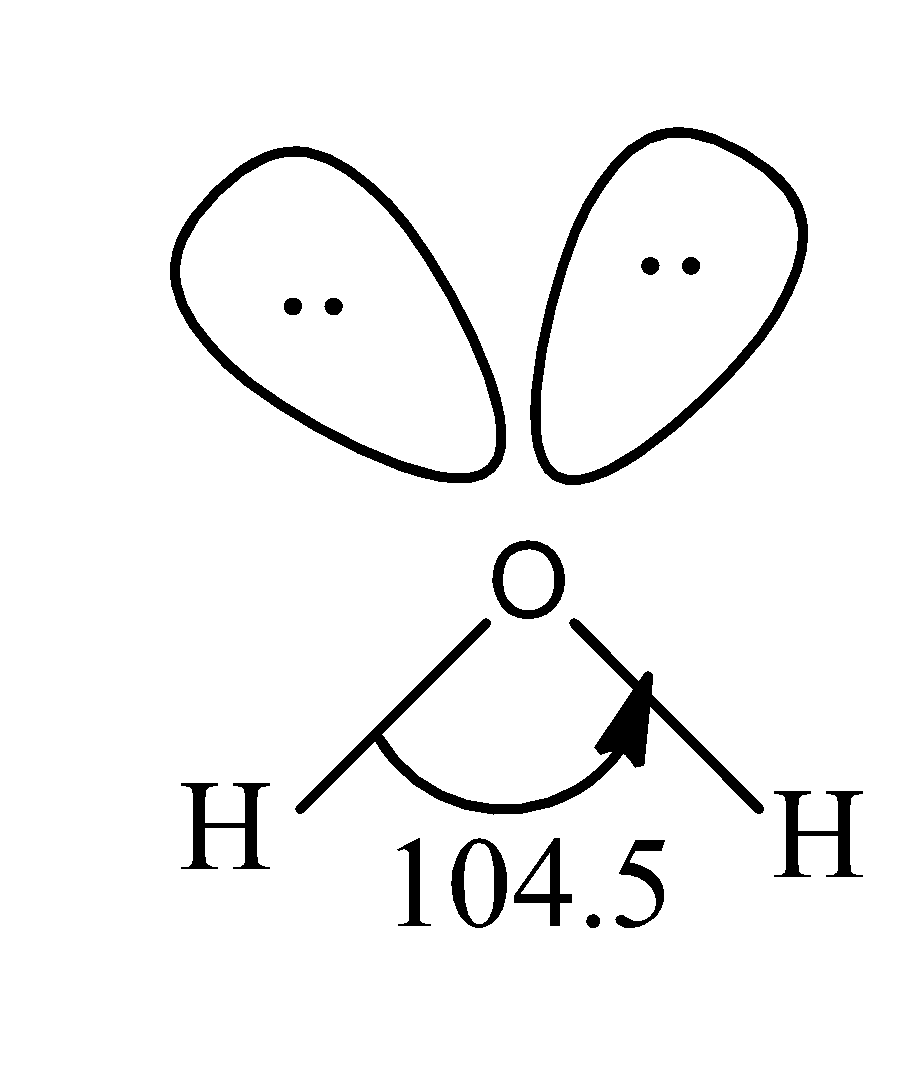