Forelimbs of frogs and lizards are the example of ________ organs.
(a)Homologous
(b)Analogous
(c)Both A and B
(d)None of these

Verified
118.8k+ views
Hint: The forelimbs of lizard and frog share the same anatomical structure but different functions. This similarity arises because they all share a common ancestor but differ in function due to evolution and to survive in their habitat. This is commonly known as divergent evolution.

Complete answer:
Forelimbs of frogs and lizards are the example of homologous organs.
Homologous structures are the anatomically similar structures that have a common ancestor. Even if they are superficially different, they are developmentally related. Homologous structures do not share the same function. The hoping legs of the frog contain the same bones as a lizard’s forelimb, the humerus, the radius, and the ulna but the frog’s legs are highly modified to perform a different function (hoping) and lizard’s leg for locomotion. For example, Limbs of Human, Bat, and Mouse are strikingly similar but, humans write from hand-limbs, mice run, and bat flies.


So, the correct answer is ‘Homologous’. 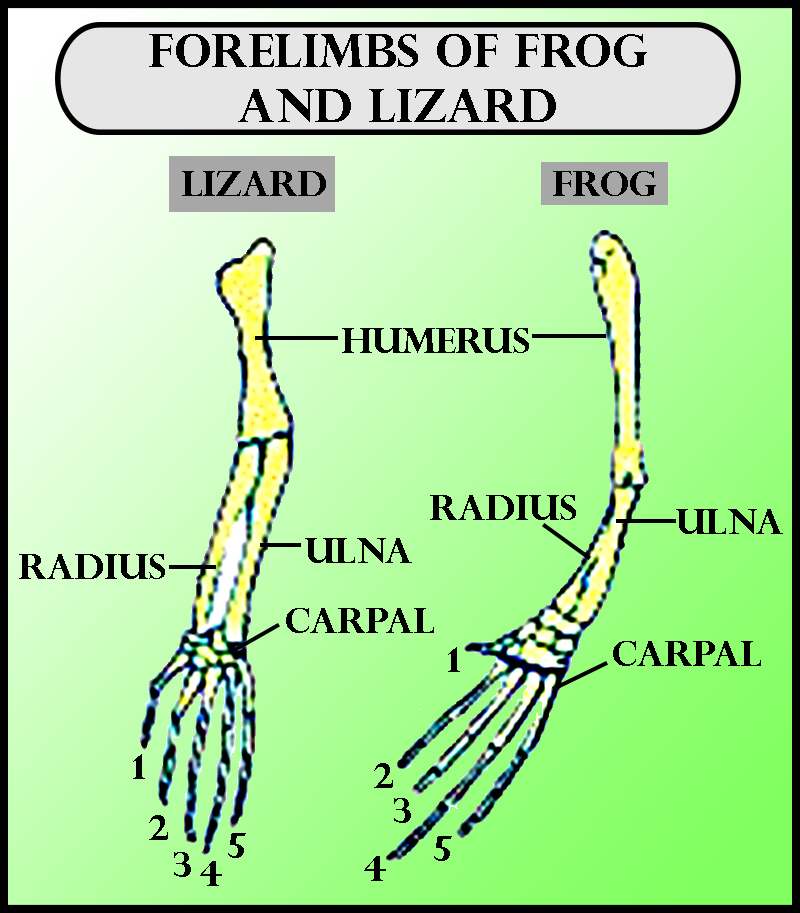