Complete step-by-step answer:
We need to find out the radius of a circle is half of which other property of a circle. Let us draw a circle. 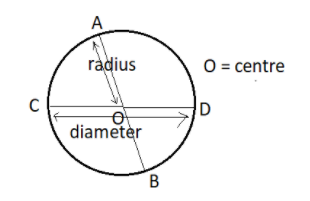