Explain the alternation of generations in bryophytes.

Verified
91.8k+ views
Hint The amphibians of the plant kingdom reproduce sexually by the fusion of gametes resulting in the zygote that forms into a sporophyte instead of undergoing meiosis. Bryophytes' life cycle contains both haploid and diploid cells.

Complete answer:
In bryophytes the main plant body is haploid and it produces gametes, hence called gametocyte. They contain multicellular, stalked, and jacketed sex organs. Antheridium is the male sex organ. Archegonium is the female sex organ. Antheridium produces biflagellate antherozoids. The female sex organ produces a single egg. it is flask-shaped. Male gametes are released into the water where they fuse with the female gamete. Their fusion results in the formation of a zygote. This is called zooidogamous oogamy. In bryophytes, the formed zygote does not undergo meiosis immediately. It produces sporophyte which is a multicellular body, free-living but attached to the photosynthetic gametes for an energy source. Some of the cells (spore mother cells) undergo meiosis and produce haploid cells which further germinate to produce gametophyte. All bryophytes are homosporous. They show heteromorphic alternation of generations because gametophytic and sporophytic bodies are conspicuously different. They show a haplo-diplontic life cycle.

Additional information:
- Bryophytes generally have less economic importance but some bryophytes like mosses provide food for herbaceous animals, birds, and other mammals.
- Sphagnum, commonly called peat moss is used as a fuel and also used as packing material for transshipment of living material because of its capacity to hold water.
- Hepaticopsida(liverworts), anthocerotopsida(hornworts), and Bryopsida(mosses) are the three classes of bryophytes. 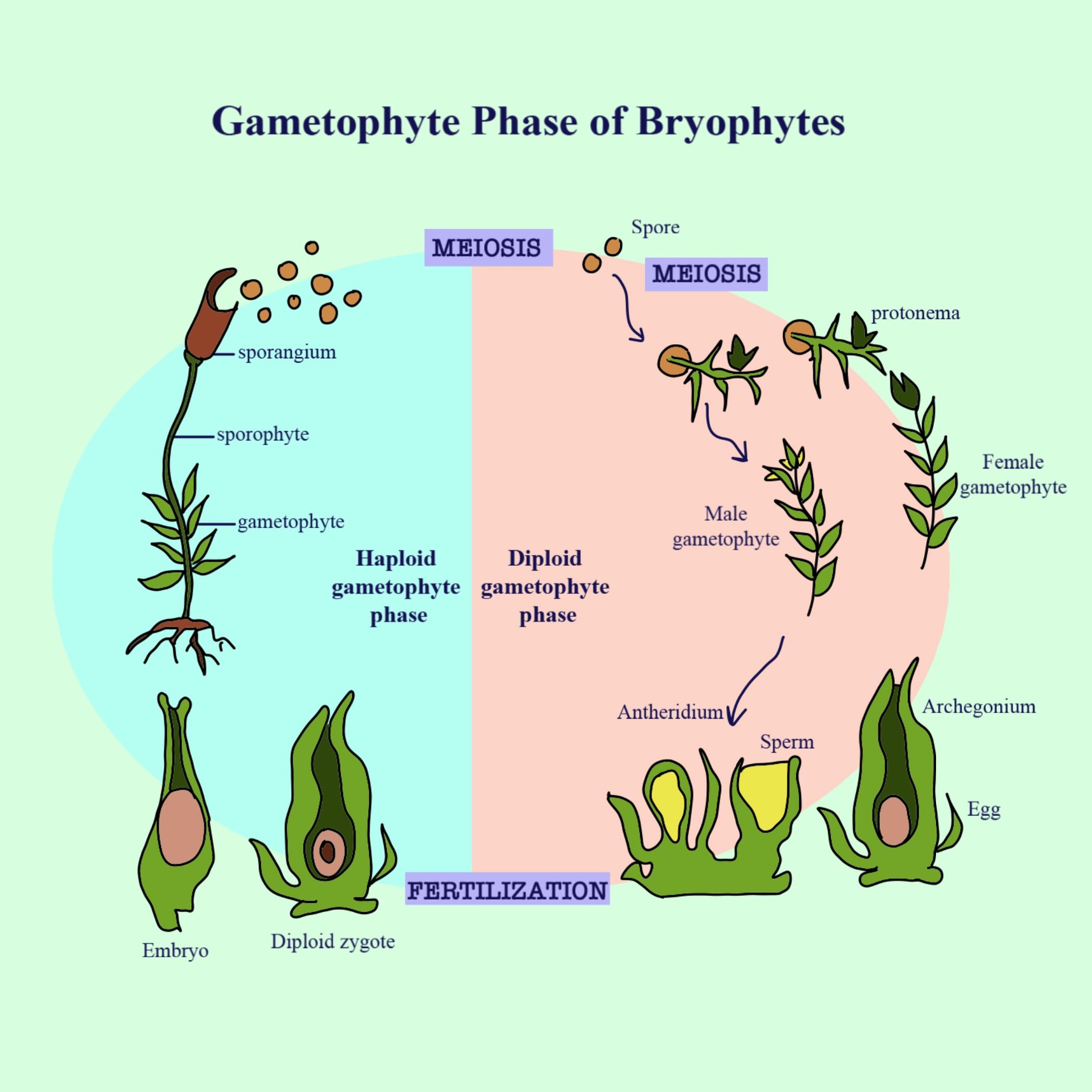