Draw the life cycle of the flowering plant. How are cotyledons useful for the plants?

Verified
91.8k+ views
Hint: Flowering plants belong to angiosperm consisting of seed enclosed inside the fruit. It shows a large variation in shape, size, and form. The new plant mainly arises from the seed of the old plant, which consists of nutrients to support the growth of the new plant.

Complete answer:
Cotyledons are present inside the seed of a flowering plant with endosperm. The endosperm provides nutrition to developing cotyledon which emerges in the form of a new plant. 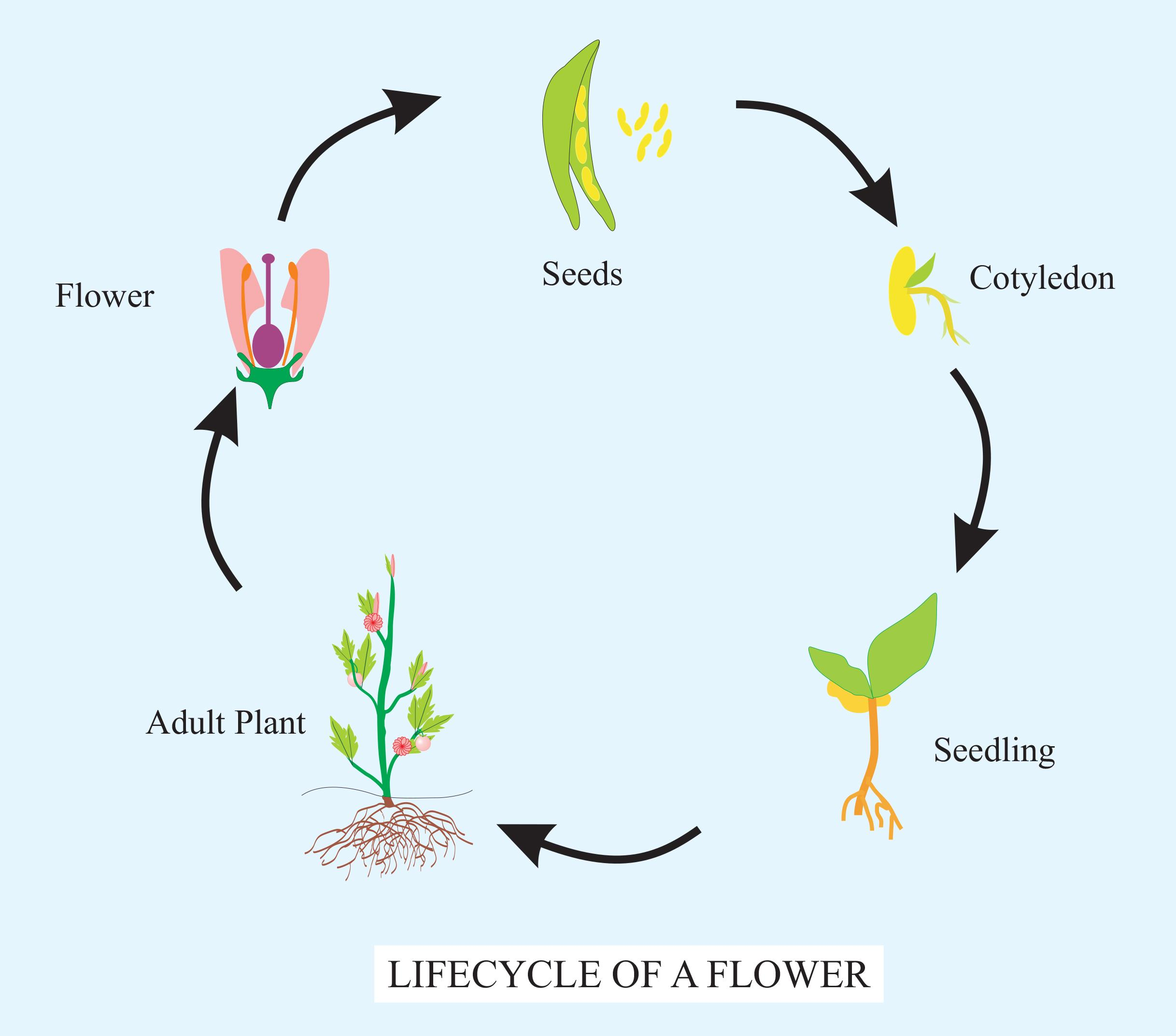 Additional information:
Based on the number, the cotyledon is divided into monocot and dicot. In monocot fertilized egg break plasmodesmata connection and divides into a basal cell and terminal cell. Basal cells form suspension cells toward the micropylar end. The terminal cell undergoes division and produces two embryos from which one forms radicle and root cap and the other forms cotyledon and plumule. Single cotyledon is also known as scutellum. Epicotyl form shoot apex and hypocotyl consist of the root apex. In dicot, after degeneration of plasmodesmata, the zygote elongates and divides into the basal cell and terminal cell. Basal cell arises at the micropylar end which enlarges further and undergoes transverse division to produce some suspensor, the suspensor pushes young embryos into the food-laden endosperm. The terminal cell is a smaller cell that lies toward the chalazal end. After division, suspensor cells form hypocotyl and epicotyl. Region of epicotyl consists of plumule and two cotyledons, cotyledons grow fast with small meristematic tissue between cotyledon form by plumule. With the growth of cotyledon, the embryo becomes heart-shaped and then converted into a typical shape.