A square is not similar to a rectangle. Why?

Verified
Hint: First of all, try to recall what quadrilaterals are. Now think about squares and rectangles and from their differences, conclude that these two polygons are not similar. 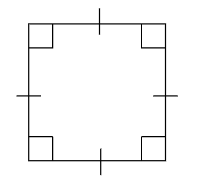 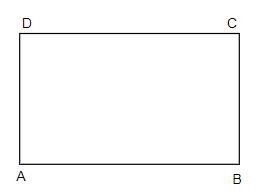 A rectangle has length (l) and breadth (b). Both length and breadth are different in size. In the figure above we can see a rectangle ABCD with four sides, AB, BC, CD, and DA and right angles A, B, C, and D. The distance between A and B or C and D is taken as the length (l), whereas the distance between B and C or A and D is taken as the breadth (b) of the given rectangle. Area of the rectangle is its length multiplied by breadth that is, area = l $\times $ b. The perimeter of the rectangle is twice the sum of its length and breadth that is, perimeter = 2 (l + b).
Now let us consider our question. Let us see why squares and rectangles are not similar.
In the above discussion we have seen that squares have all the sides equal while in rectangle, all sides are not equal. We must note that in a rectangle the opposite sides are equal in length which makes it different from a square. Hence, squares and rectangles are not similar.