A satellite is launched in the equatorial plane in such a way that it can transmit signals upto $60 ^{\circ}$ latitude on the earth. Then the angular velocity of the satellite is: 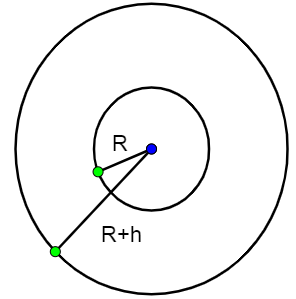 Note:
The formula for T was derived using circular orbit approximation for the case of satellites. The centripetal force of the satellite in its circular motion is balanced by the gravitational force that earth exerts on it.

Motion in a Plane

A Single Concept to Explain Everything in Ray Optics Plane Mirrors

What is Heat in Physics

Motion in a Straight Line