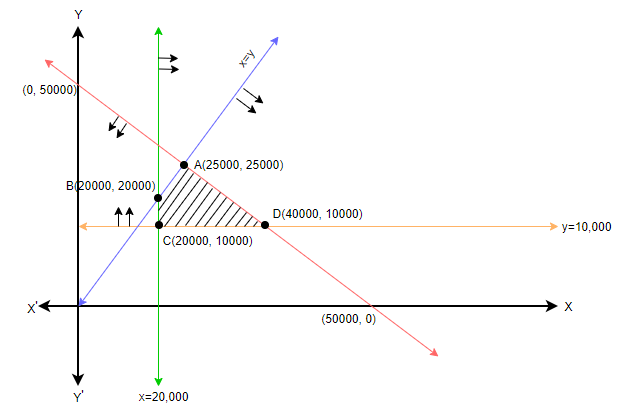 Note: It is recommended to plot a graph for the question of linear inequality as this will give an idea of the exact conditions of the problem. Some students tend to skip the graph and this may result in errors in their final answer. We can find the maximum and minimum value in all such questions using the graph directly.

Thermodynamics - An Introduction to Physical Science