The primary goal of such a corporate structure is to promote reciprocal benefits, which is impossible in the traditional relationship between a firm and its supplier. Distributors, financial institutions, and supply chain enterprises may be part of the business network.

It could be described as an unofficial corporate alliance that is closely aligned and collaborates to ensure mutual benefit for all companies in the network. It's important to remember that while these companies may have a vested interest in one another, they typically operate independently. 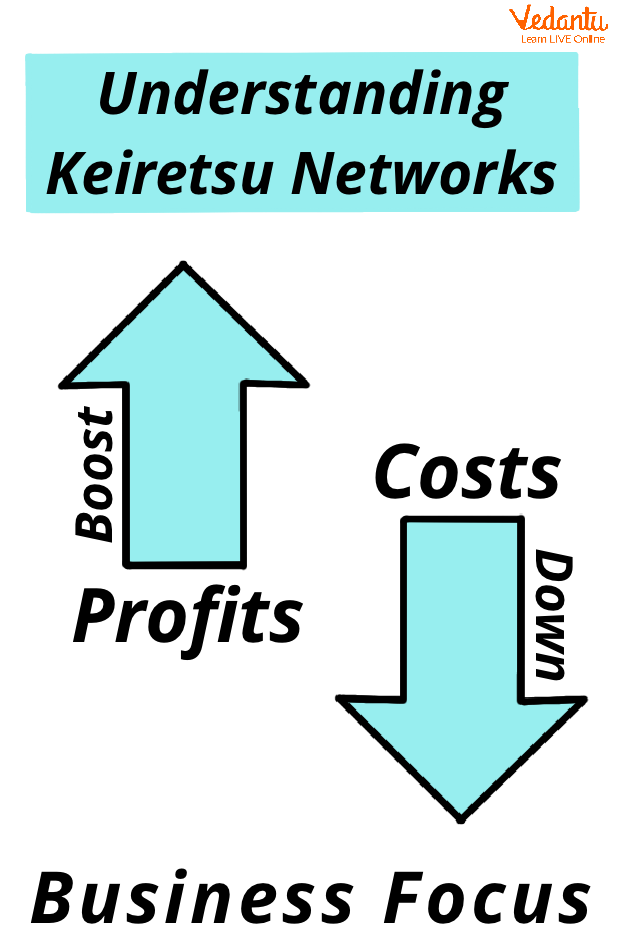 The Japanese word keiretsu means "group." In business, the term is frequently used to refer to a partnership, alliance, or extended enterprise. A manufacturer can establish dependable, long-term relationships by establishing a keiretsu, which allows them to run a lean operation and focus on their core objectives. 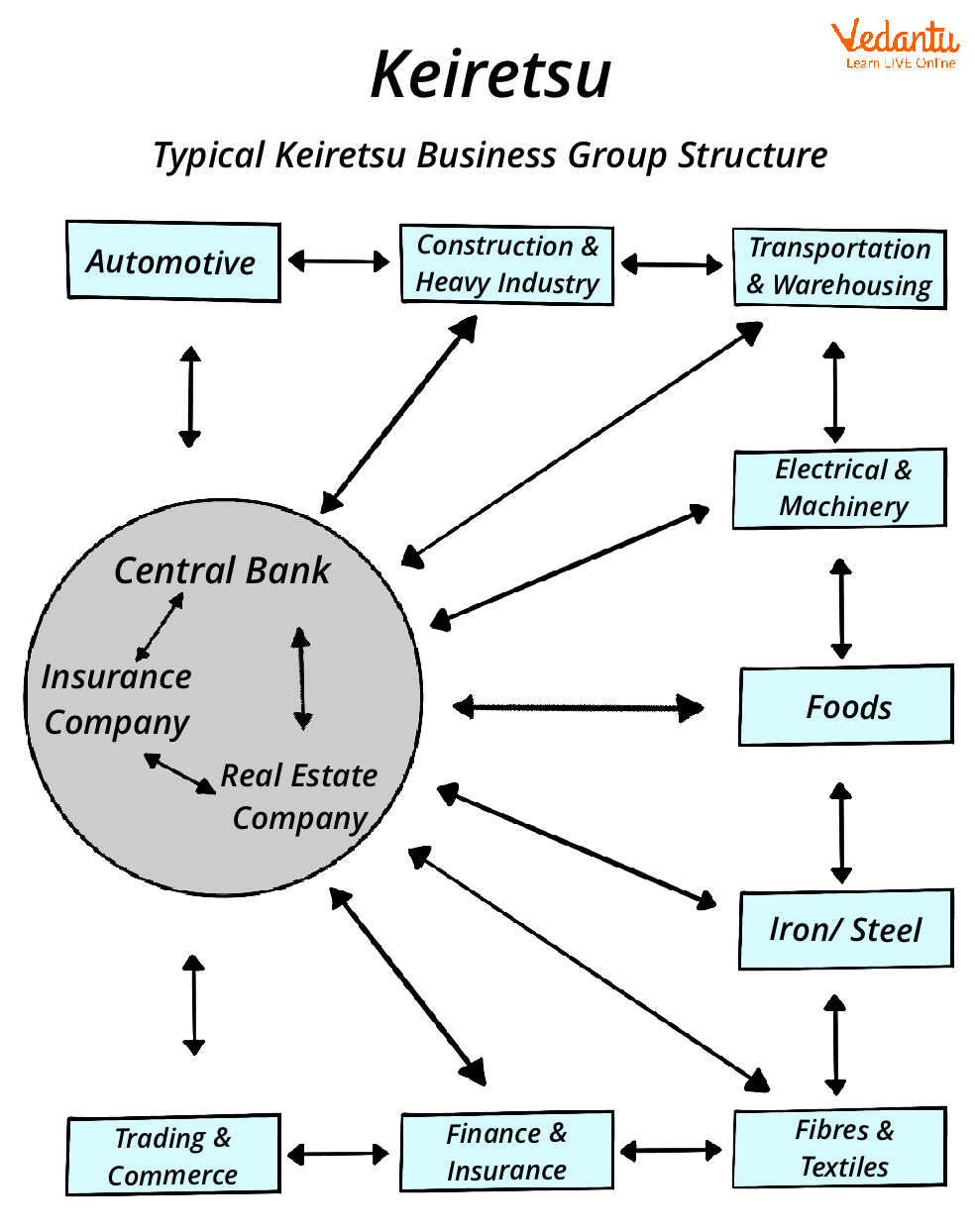 After World War II, keiretsu became popular in Japan. These businesses were the main engine of the Japanese economy in the second half of the twentieth century. These organisations continue to exist, though they are not as well-known as they once were.

Following the demise of the zaibatsu model, a family-controlled vertical monopoly organisation, keiretsu gained popularity. Keiretsu was essentially created by modifying the structure of certain zaibatsu. After the family holdings in these companies were sold, the member companies became separate entities.

The Advantages of Keiretsu

The Disadvantages of Keiretsu

The Keiretsu structure reduces competition within the keiretsu, leading to inefficient operations and service provision.

What are Vertical Keiretsu? Take the example of any company to explain in a better way.

One large firm typically controls such a consortium. The group's lesser businesses typically serve as the big company's suppliers. These kinds of organisations are typical in the car, advertising, and electronics industries.

This kind of organisation typically consists of several suppliers and has a pyramidal structure. Direct material suppliers to the top corporation make up the first tier of suppliers. The companies that provide supplies directly to the first-tier businesses make up the second tier. None of the companies in these groups is likely aware of the other companies. Such organisations may be very large and comprise numerous smaller businesses.

Toyota is an excellent example of this type of organisation. The automaker relies on its suppliers and manufacturers for parts and raw materials. Toyota fills the role of the anchor company. Other, smaller companies may not exist if Toyota did not exist.

Over the last ten years, several of Japan's most prominent companies have quietly used their supplier ties to accelerate innovation and substantially lower costs. The new keiretsu is a modern interpretation of the traditional system in which buyers and suppliers had close, cooperative connections.

Even today, a keiretsu-style structure could be beneficial. It helps to strengthen relationships with suppliers. Even though this corporate structure is less common outside of Japan, many businesses are beginning to use some of its components. You can read more about Keiretsu in the Keiretsu Invention book.

1. What are the different types of Keiretsu? Explain Horizontal Keiretsu.

There are two types of Keiretsu. Vertical and Horizontal. Horizontal Keiretsu is the type of Keiretsu is a network of companies from various industries. In general, no single company dominates the group. However, the group includes a few significant businesses that impact the company's operations. For example, the involvement of a bank and a trading firm will influence the group's decision-making. These organisations may also own a large manufacturing company and an insurance company. The bank is typically the group's primary financier. However, member companies are free to seek financing from other financial institutions. The network bank would act as a loan guarantor in this capacity. The trading company of the group aids in the coordination of corporate operations.

2. What are the advantages of Keiretsu?

The proximity of associated enterprises in the Keiretsu system may provide more flexibility for the lead industrial firm to compete successfully against other Keiretsu lead firms and in global marketplaces. The promptness with which production adjustments and supplier shipments are made contributes to this competitiveness. Confidential assistance between businesses ensures technology compatibility and product quality. These advantages are realised through joint ventures and research and development initiatives.

The keiretsu system ensures that member businesses have a steady supply as well as a steady market. As a result of this arrangement, suppliers can always sell their products to manufacturers, and manufacturers have a consistent supply of goods.

3. How is Keiretsu beneficial for suppliers? Explain.

Even today, a keiretsu-style structure could be beneficial. It helps to strengthen relationships with suppliers. Even though this corporate structure is less common outside of Japan, many businesses are beginning to use some of its components.

Scania, a Swedish bus and truck manufacturer, strives to strengthen its relationships with its suppliers. This is accomplished by holding workshops for suppliers, assisting them in streamlining their operations and increasing their competitiveness. IKEA is a similar example. It also makes a concerted effort to gain the respect and confidence of its suppliers.