Which of the following is a monomer of Dacron?
A.

Verified
92.7k+ views
Hint:. Monomer is made up of two words mono + mer, where mono means single and mer means part, hence monomer is known as single part and monomer combine with each other to form long chain polymers or three dimensional compounds and this process is known as polymerization.

Complete step by step answer:
- Monomers can be classified into different types depending on the type of the polymer formed like condensation polymers and addition polymers rather than this there are natural, synthetic, polar, nonpolar, cyclic and linear polymers.
- Dacron is also known by the name polyethylene terephthalate abbreviated as PET. It is a very important polymer known as the thermoplastic polymer resin of the polyester family which is used in fibers for clothing, containers for liquids and foods, thermoforming for manufacturing and also in glass industries. The main property of PET i.e. of Dacron is it is recycled in nature. It may exist as amorphous and as a semi crystalline polymer. It consists of two monomeric metric units known by the name ethylene glycol and terephthalic acid. It is formed by the condensation reaction of these two monomers and the reaction between them can be shown as: 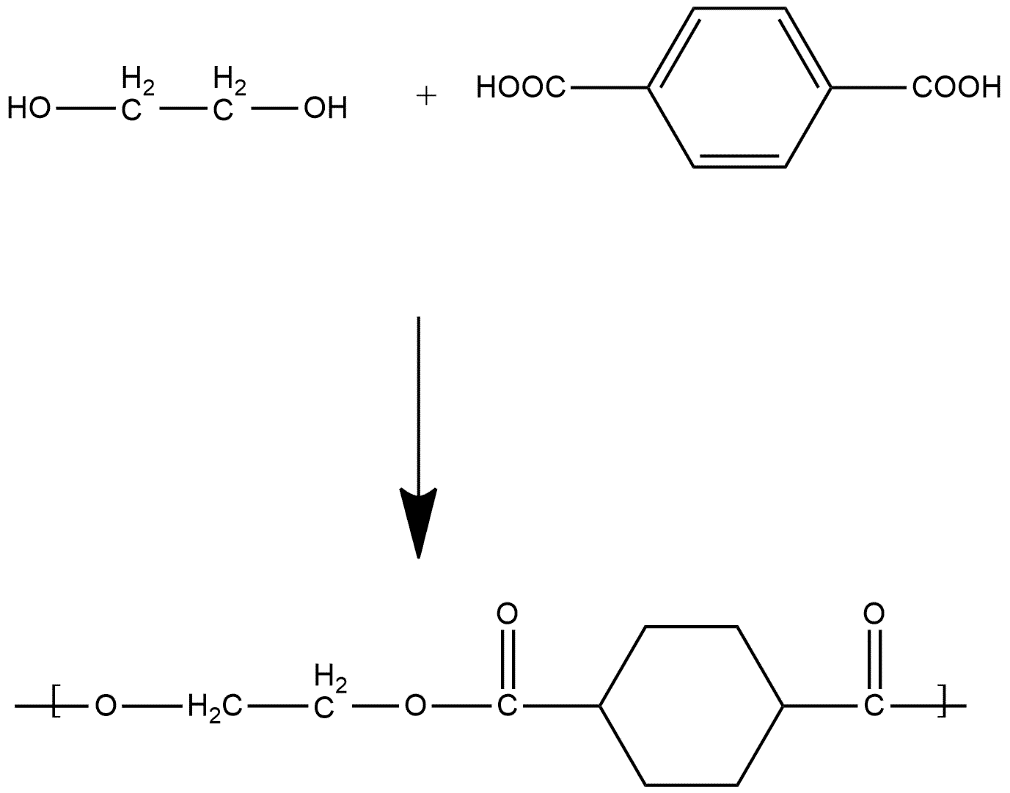 So, the correct answer is “Option B”.

Note: In natural state Dacron is colorless and crystalline resin. It is strong, light weight, tough in nature and also hygroscopic i.e. it can easily absorb water from its surroundings therefore it can also be used for making glass windows and used in opticals too.