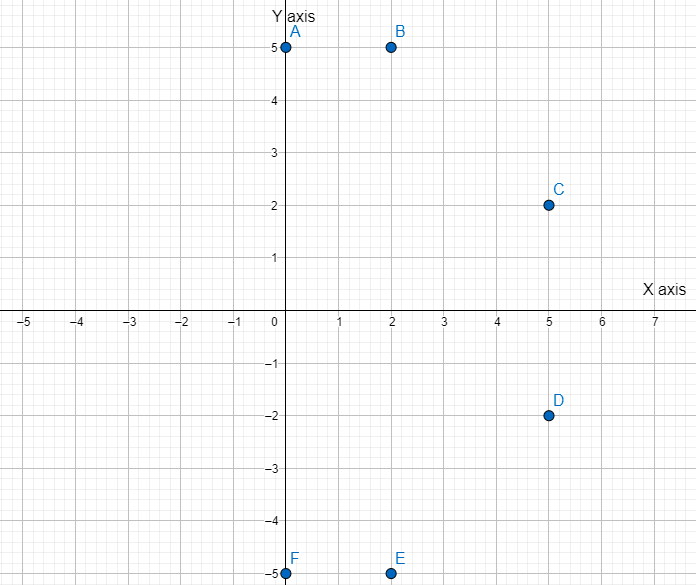 (ii) Now, reflecting an object means finding a point that is at the same distance from the axis as the original point but on the opposite side. Thus, for example for B (2,5), we would have B’ (-2,5) as the reflected point (when reflected from y axis) since this would be equidistant from y-axis as B points. Thus, doing this for all points, we have, 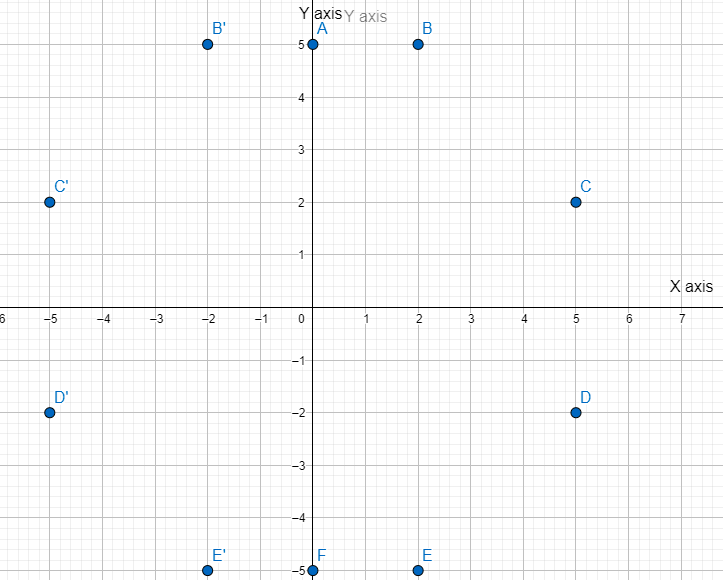 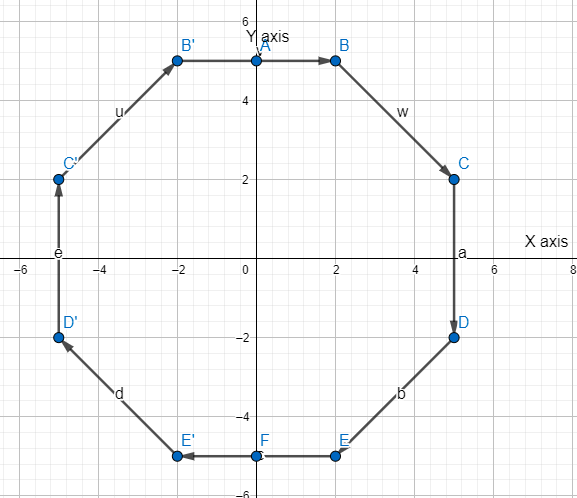 Note: Plotting on the graph is generally helpful in various questions like those involving geometry where plotting on a graph paper can greatly simplify the understanding of the geometry problem. Further, while understanding reflection, this is similar to the reflection in a mirror (here the respective axis acts as the mirror). Thus, the reflected object should be at the same distance from the axis as is the original object from the axis but on the opposite side.