The concept of sudden genetic change which breeds true in a species is represented as
A. Inheritance of acquired characters
B. Natural selection
C. Laws of inheritance
D. Mutation

Verified
Hint: The random change in the sequence of base pairs in the DNA, brought about by certain factors (it may be a genetic error during cell division or any abiotic external factor) gives rise to variations in the gene pool. This phenomenon was discovered by the famous Dutch botanist and geneticist, Hugo de Vries.

Complete answer: Mutation is essentially a change in a DNA sequence. Mutations is a chance event which arises during mistakes in DNA replication in the process of cell division. Among other external agents, exposing the DNA to ionizing radiation, or to certain chemicals known as mutagens, are the most common reasons for mutations.
It is also caused by a viral infection of a cell. Germline mutations that often occur in the gametes (eggs and sperms) are prone to inheritance, which is why they can be passed on to successive generations.
This may ultimately lead to the change in the gene pool and in turn play a role in the evolutionary process. However, this is not the case for all cells; the DNA of somatic cells, that undergo mutations are not passed on to the next generation. 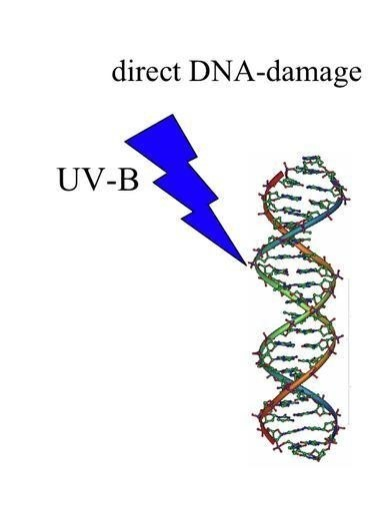 So, the correct answer is option B. Chromatin fibre.

Note: It is important to note that mutations are not always harmful. Mutations can introduce better DNA sequences and therefore, mutation techniques have been extensively used by scientists in labs to develop high yielding and disease resistant crop varieties.