T Prove that diagonals of a parallelogram bisect each other.

Verified
113.1K+ Views
Hint: For solving this question first we will see some properties of the parallelogram and then prove the result with the help of ASA (Angle Side Angle) congruence rule.

Complete step by step answer:
Given:
We have a parallelogram as shown in the figure below: 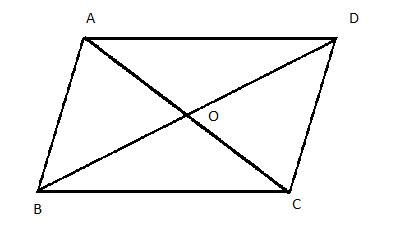