Verified
91.8k+ views
Hint: Coordinates are two numbers separated by a comma and they are always written in brackets. Coordinates are ordered pairs of numbers; the first number indicates the point on the x-axis and the second the point on the y-axis. A number on the x-axis is called x-coordinate. The x-coordinate is also called abscissa and a number on the y-axis is called y-coordinate. The y-coordinate is also called ordinate. For plotting points on a graph, we have to first identify the quadrant or axis in which the point lies. 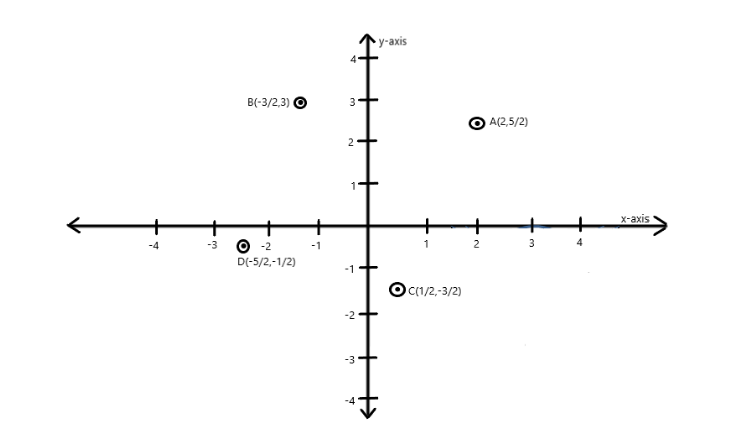