In the given network of capacitors, the equivalent capacitance between point $A$ and $B$ is 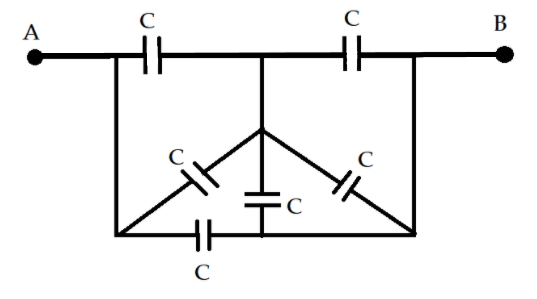 Verified
91.5k+ views
Hint: Here in this question capacitors are connected in different arrangements in a circuit between two given points. A capacitor is generally an electronic device that stores electrical energy in the electric field and it is a passive electronic component as it receives energy.

Complete step by step answer:
We will start with the different arrangements of the components and analyze whether which are connected in series connection or parallel connection and then they are calculated separately and then the equivalence capacitor is then evaluated. 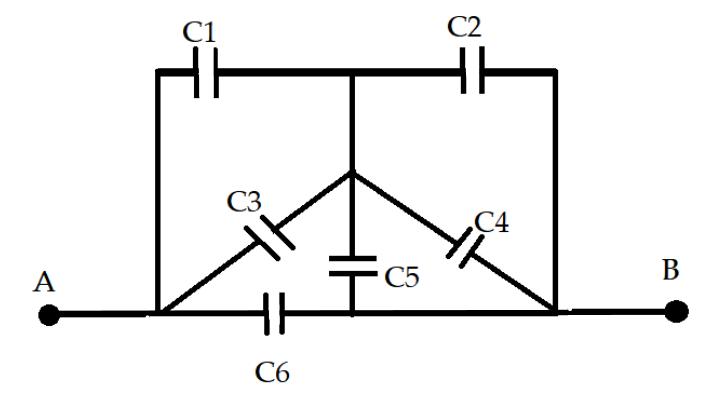