In the figure given below, l and m are two parallel tangents to a circle with center O, touching the circle at A and B respectively. Another tangent at C intersects the line l at D and m at E. Prove that $\angle DOE = {90^ \circ }$. 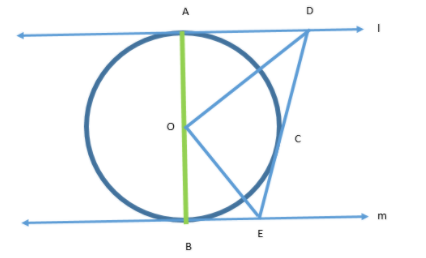 Complete step-by-step answer:
Let us first join A and B as follows: 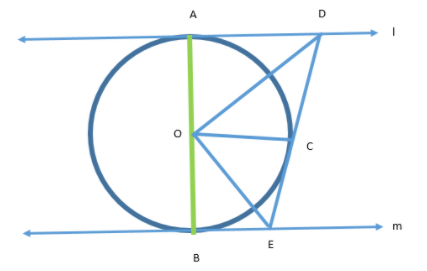