Verified
129k+ views
Hint: First, draw the figure as per given conditions. Then use the fact that the slope of sides parallel to x- axis is 0 and the slope of other sides can be found by the angles they form with positive x-axis because $Slope = \tan \theta $.

Complete step-by-step answer:
Let us first draw the figure as shown below: 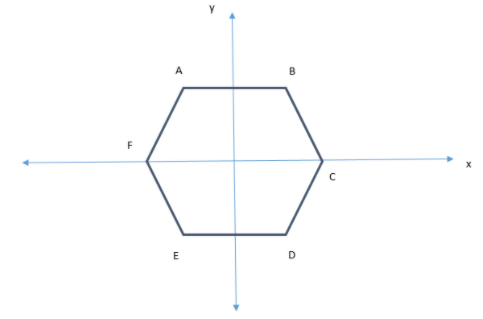 Note: The students might make the mistake of measuring the angle of lines from the nearest part of
axis, but we need to keep in our mind, the fact that, we need to measure them from positive x axis in
anti-clockwise direction always.