Given below is the diagram of a bacteriophage. Verified
91.5k+ views
Hint: This is the virus that infects bacteria. It is also called bacteria eater and is composed of a nucleic acid molecule that is surrounded by a protein structure.

Complete answer:
Bacteriophages are a virus that infects bacteria. Phage means eaters of bacteria. The T4 phage that infects the bacterium Escherichia coli consists of a polyhedral head attached to a helical tail, a shape commonly found in bacteriophages. In between the head and tail, there exists a sheath and a collar. Many phages have tail fibres that help the virus to attach to the host cell.

Additional Information:
All the bacteriophages are made up of a nucleic acid molecule surrounded by a protein structure.
A bacteriophage attaches itself to a bacterium (host cell) and infects it. After assembling the new bacteriophages burst out of the bacterium.
It removes a portion of bacterial DNA of the host cell during the infection process and then transfers this DNA into the genome of new host cells.
The bacteriophages are characterised by a high specificity only to bacteria at infection and are very common in all environments. Their number is directly related to the number of bacteria present in the biosphere.
The scientists are estimating that more than 1030 tailed phages are present in the biosphere.
So, the correct answer is option (c) ’ A - Head, B - Sheath, C - Collar, D - Tail fibres’. 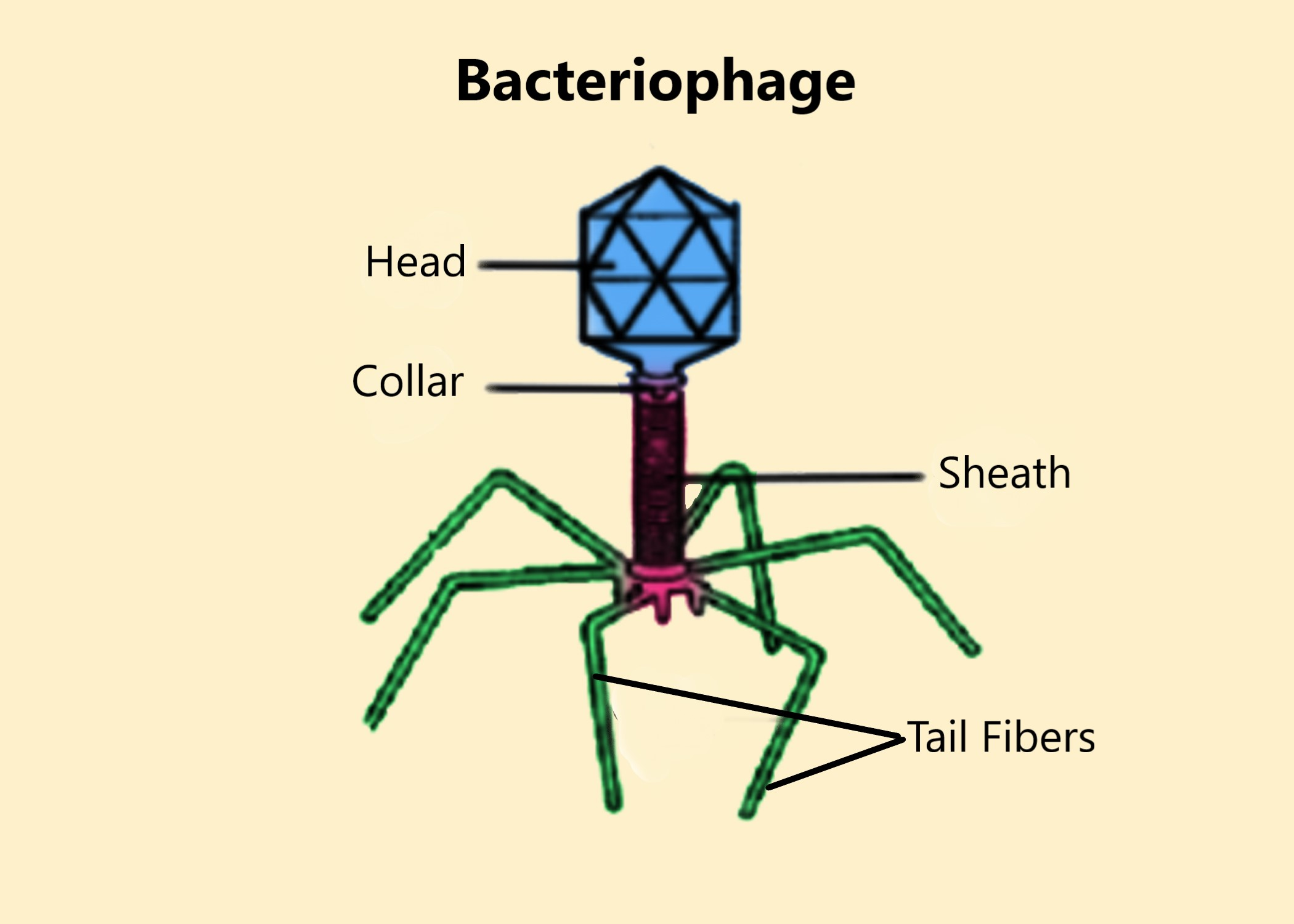