Find the perimeter and the area of a square, the length of whose diagonal is equal to $10\sqrt{2}$ units. 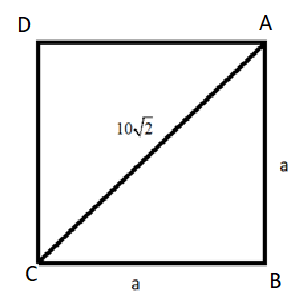