Verified
Hint: By using prime factorization, split the given number as a product of prime numbers. Thus, from three prime numbers find the LCM taking the common term together and multiply together the rest of the terms.

Note: We can also find the LCM using the division method. 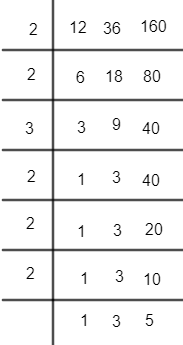 Application of LCM and HCF