Verified
92.7k+ views
Hint: We know that if a negatively charged surface comes closer to another object, the side of the second object closer to the first surface gets positively charged due to electrostatic induction. Also, there is breakdown voltage where the surface passive film breaks down.

Complete Step By Step Solution
Let us assume a cloud about 1km away from the surface of the earth. The cloud let us say it has positive charges in the upper surface and negative at the bottom surface.
Now, due to induction, the ground becomes positively charged. 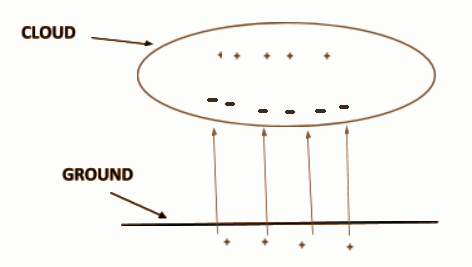