A candidate in order to study the process of osmosis has taken 3 potato cubes and put them in 3 different beakers containing 3 different solutions. After 24 hours, in the first beaker, the potato cube increased in size, in the second beaker the potato cube decreased in size, and in the third beaker, there was no change in the size of the potato cube. The following diagram shows the result of the same experiment:
(i)Give the technical terms of the solutions used in beakers 1,2, and 3.
(ii)In beaker 3 the size of the potato cube remains the same. Explain the reason in brief.
(iii)Write the specific feature of the cell sap of root hairs which helps in the absorption of water.
(iv)What is osmosis?
(v)How do a cell wall and a cell membrane differ in their permeability? 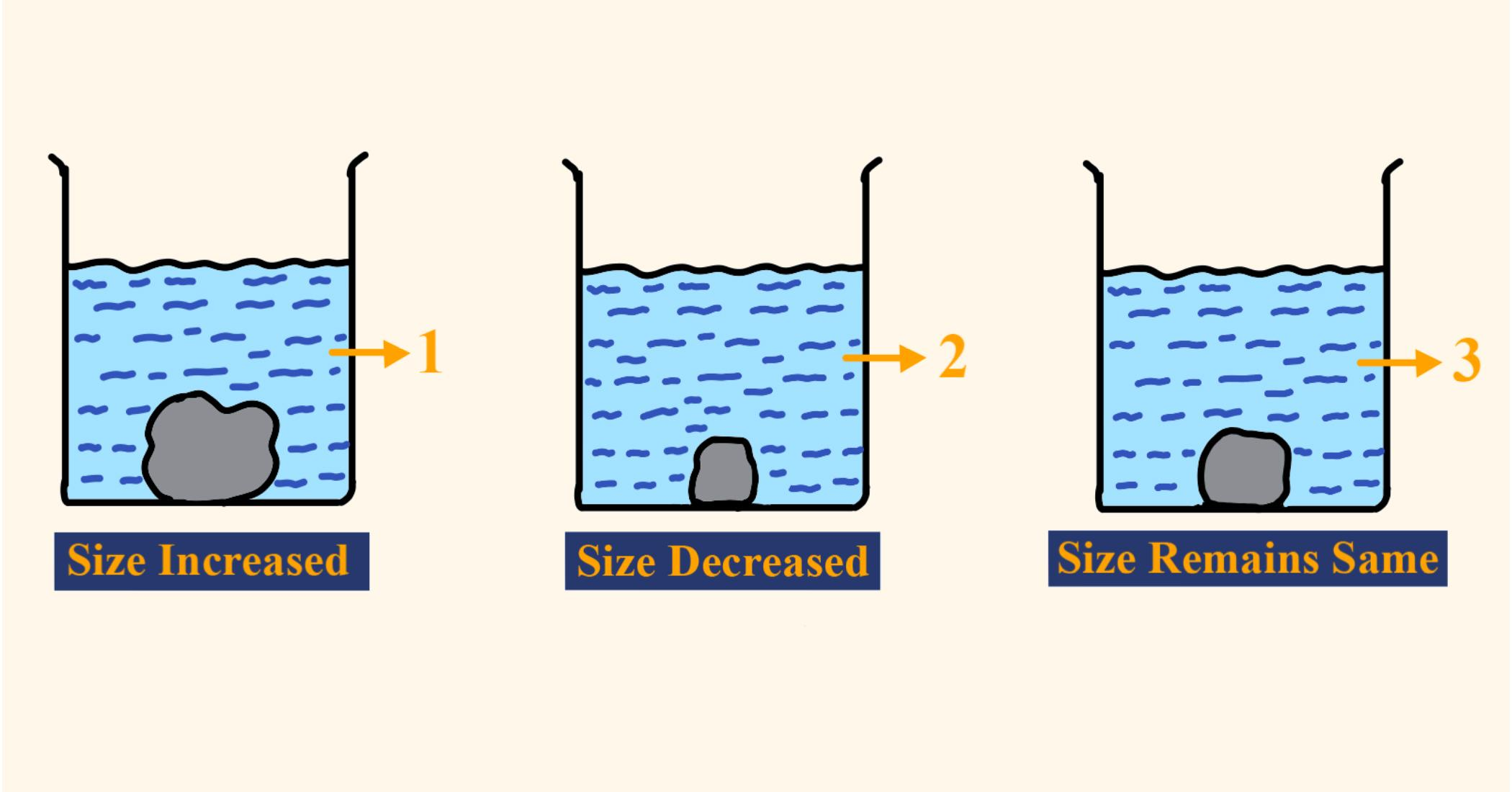 Verified
119.4k+ views
Hint: Osmosis is referred to as the movement of water (solvent) from its high concentration to low concentration i.e. in the downhill direction of the concentration gradient across a semipermeable or selectively permeable membrane like plasma membrane.