Which of the following is a fossil pteridophyte?
(a) Lycopodium
(b) Lygodium
(c) Psilotum
(d) Rhynia

Verified
91.5k+ views
Hint: Fossils of this leafless and rootless vascular plant have been obtained from rock strata that date back to the Silurian and Devonian periods of the Palaeozoic era.

Complete answer:
Rhynia is a single-species genus of the Silurian and Devonian vascular plants that belong to the fossil pteridophyte. Rhynia Gwynne-vaughanii was the sporophyte generation of an axial, free-sporing diplohaplontic embryophyte land plant of the Lower Devonian era. It has been found that these plants had more advanced anatomical features than those of the bryophytes present in that particular era.

Additional Information: -Rhynia was first described by Robert Kidston and William H. Lang in 1917 as a new species.
-In the Transverse Section of rhynia the stele is haplostele. The xylem is made up of annular tracheids and the sieve plates are absent in the phloem.
-Lycopodium or ground pines are flowerless terrestrial plants having widely branched, erect, or creeping stems, that have needle-like leaves that cover the stem and branches thickly.
-Lygodium, also called climbing fern, is the sole genus in the family Lygodiaceae.
-Commonly known as whisk ferns, Psilotum is a genus of fern-like vascular plants. They also lack true roots and leaves and their stems act as conducting tissue.
So, the correct answer is ‘Rhynia’

Note: -Pteridophytes have a long geological history on our planet. The fossil evidence dates as far back as 380 million years ago.
-Embryophytes are complex multicellular eukaryotes having specialized reproductive organs. They nurture their young embryo sporophyte during the early stages of its multicellular development within the tissues of the parent gametophyte.
-The word Diplohaplontic describes a life cycle that has alternating haploid and diploid phases. 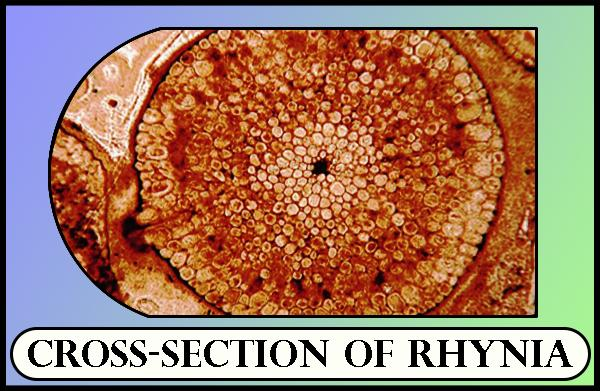 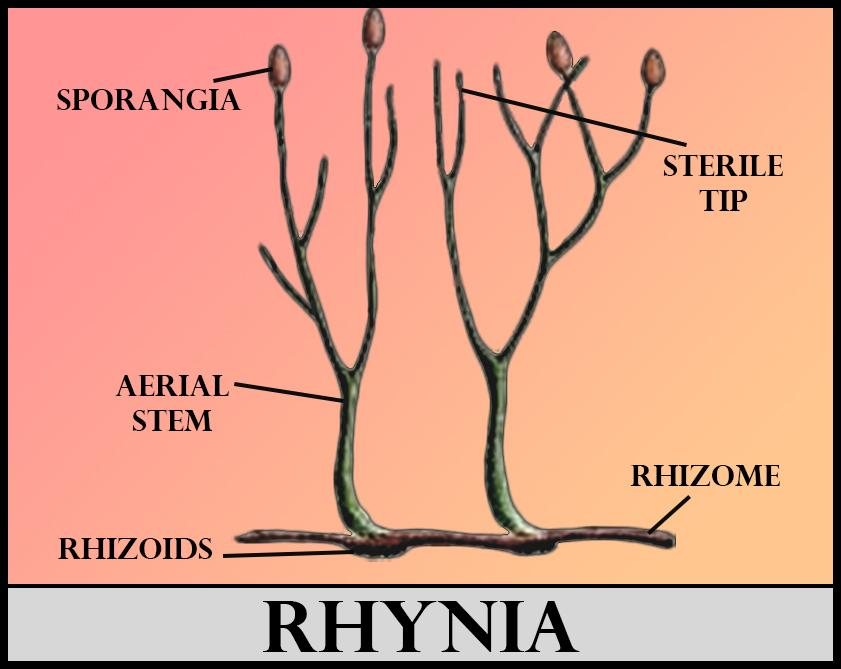