How many valence electrons does Kr have?

Verified
122.1k+ views
Hint: The atomic number of Kr is 36.
Kr is a noble gas element and hence they are less reactive or say show no chemical reactions. 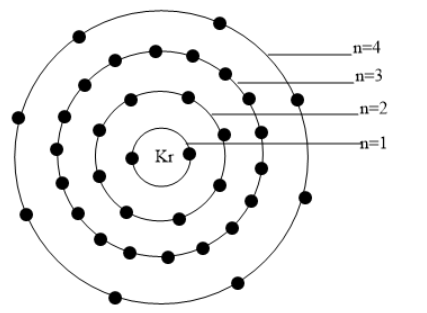