Verified
128.7k+ views
Hint: It helps in the alignment of chromosomes at the equatorial plate and in the separation of sister chromatids during cell division.

So, the correct answer is ‘Astral rays'.

Note:
-The spindle fiber taking part in mitosis is known as mitotic spindle whereas the fibers taking part in meiosis is known as meiotic spindle.
-Kinesin and dynein protein with the help of ATP move towards the opposite ends of the microtubules i.e. plus and minus ends respectively. This ‘walking’ movement of these proteins is helpful in the transportation of organelles and other structures.
-The inter zonular fibers are formed between the centromeres of the separating sister chromatids at the time of cell division. 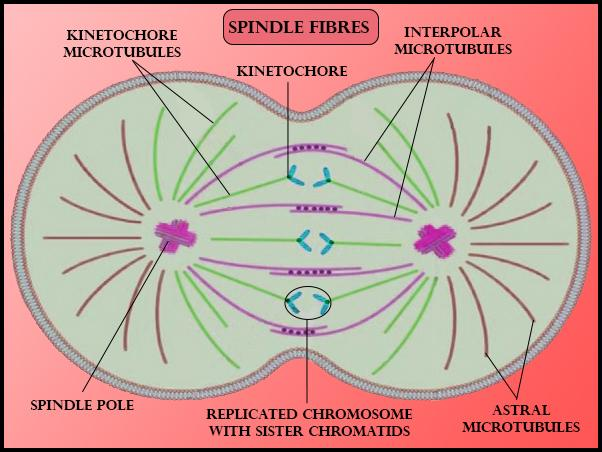