Verified
118.5k+ views
Hint The mesosome is an inward fold of the cell plasma membrane. It has been observed to have functions similar to that of organelles involved in cell wall formation and those that are present in mitochondria.

Complete answer:
- The mesosome is an inward-folding extension or an invagination of the plasma membrane into the cytoplasm in prokaryotes. The extensions exist as vesicles, tubules, and lamellae.
- The mesosome has roles in aerobic respiration and cell wall formation in prokaryotes. They are also known as chondroid.
- The main function of the mesosome is to increase the surface area of the cell, thus helping in aerobic respiration. It also serves as a site for chromosome replication and oxidative photophosphorylation. These functions can be considered analogous to the cristae in the mitochondria.
- The mesosome is found in Gram-positive bacteria.

Additional information: - The function of mesosomes has been debated in the last few decades, as data was found stating that mesosomes do not occur in living cells and are artifacts formed due to damage to the cell membrane during chemical fixation. This was further proven through cryo-electron microscopy.
- They have also been observed in bacteria that have been treated with some antibiotics.
- Due to these observations, the data about the function of mesosomes is still inconclusive. 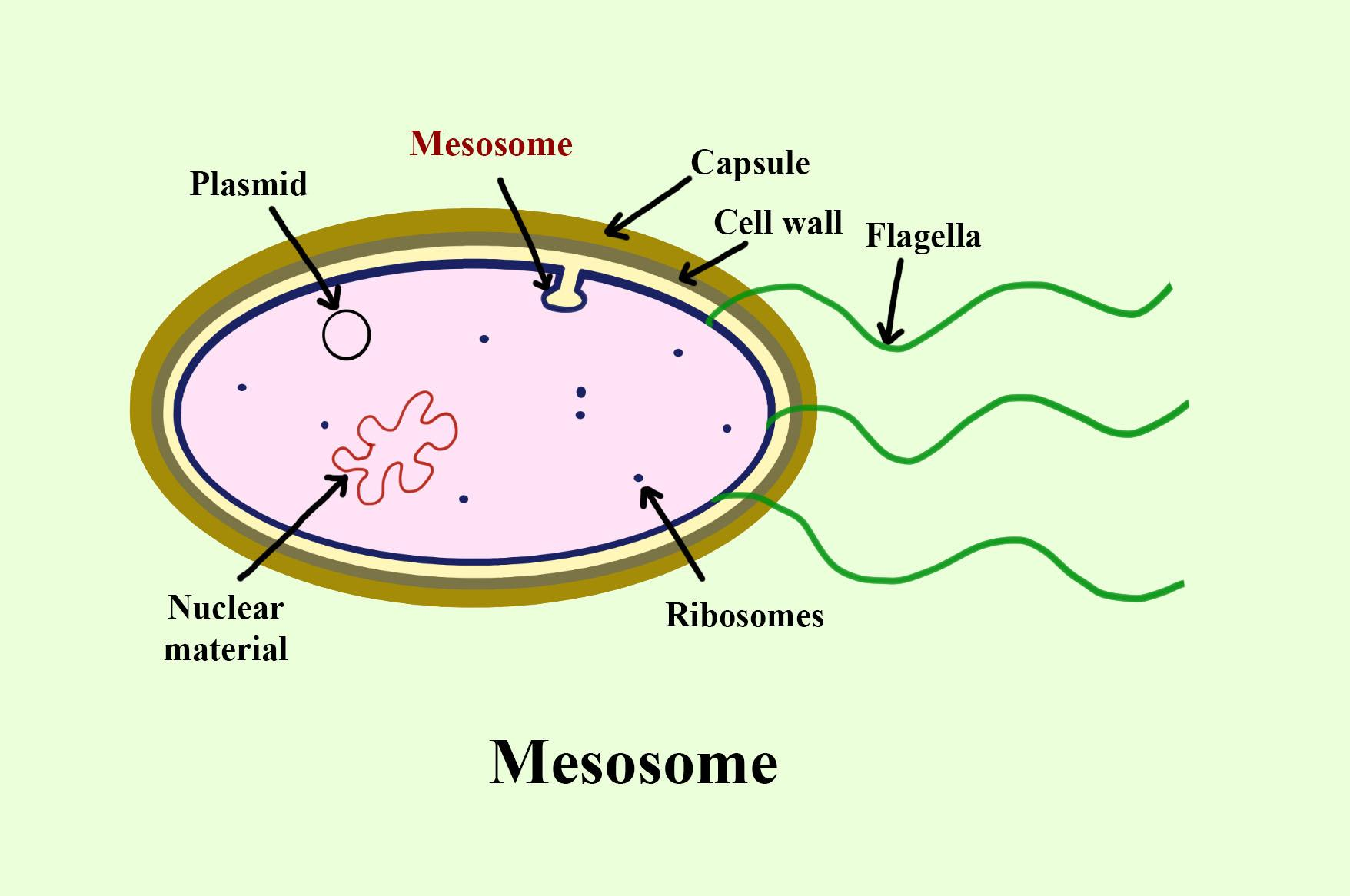