Verified
129.9k+ views
Hint:The autotrophic mode of nutrition refers to the formation of one's own food with the help of inorganic sources of energy. The plants contain membrane-bound organelles known as chloroplasts. They consist of a stack of membranous cells called grana. Each cell of a granum is called a thylakoid that contains the chlorophyll molecules.

Complete answer:
Photosynthesis is the natural process of conversion of solar energy into chemical energy. It results in the formation of organic compounds like carbohydrates. Plants synthesize their own food with the help of carbon dioxide, chlorophyll, water, and sunlight.
$6{ CO }_{ 2 }+6{ H }_{ 2 }O\xrightarrow { Sunlight\quad Energy } { C }_{ 6 }{ H }_{ 12 }{ O }_{ 6 }+6{ O }_{ 2 }$
-It is mainly responsible for the formation of oxygen that sustains all life forms on the earth.
-Different types of pigments present in plants are chlorophyll a, b, c, d, xanthophylls, and carotenoid.
-Chlorophyll ‘a' forms the reaction center in the plastids and is the primary chlorophyll pigment, rest all are accessory pigments.
-Chlorophyll ‘b’ is responsible for absorbing the sunlight and passing it to the reaction center.
-The process can be differentiated into two phases- Light-dependent reactions and Light independent reactions.
-The light reaction involves the photolysis of water. The sunlight breaks the water molecule into hydrogen, oxygen, and electrons. The hydrogen and electrons produced are used to produce NADPH from NADP and ATP from ADP.
-The NADPH and ATP are then transferred to the Light independent reactions that include conversion of carbon dioxide into organic compounds like sugars.


So, the correct answer is ‘All of the above'. 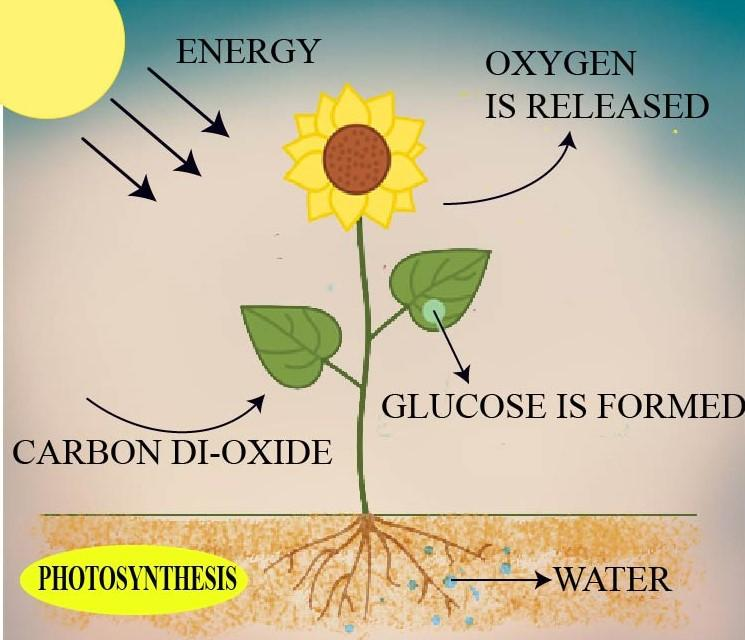