How many structural isomers can you draw for pentane?

Verified
Hint: Structural isomers are those which have the same molecular formula and different bonding patterns and atomic organization. Pentane is an organic compound with 5 carbon atoms attached with single bonds. So, just see the number of arrangements formed by pentane.

Complete step by step answer:
-Pentane is a 5 carbon organic compound and since the suffix is –ane we can say that there is only single bonds (it is a saturated molecule). There are no double or triple bonds (it is not unsaturated).
-The molecular formula of Pentane is: \[{C_5}{H_{12}}\]
-The 5 carbon atoms of pentane can be arranged in following distinct forms:
n-pentane or pentane: in this first arrangement all the 5 carbon atoms are arranged one after the other to form a single chain with no branching. It is known as n-pentane and its molecular formula is \[{C_5}{H_{12}}\]. Its structural formula is: 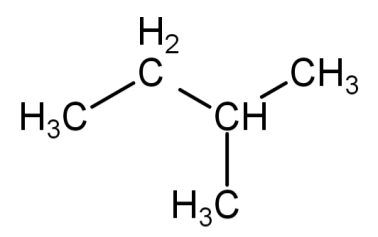 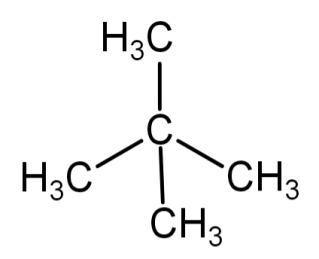 No other patterns or types of structures are possible for pentane. So, we can say that pentane has 3 structural isomers: 1) n-pentane
2) isopentane (2-methylbutane)
3) neopentane (dimethylpropane)

Note: While naming any molecule the carbon chain should be numbered from the side where the branching is closer and not the other way round. Basically , we need to give the branch or functional group the lowest number possible. This helps us ensure that all of our isomers are distinct and not similar. 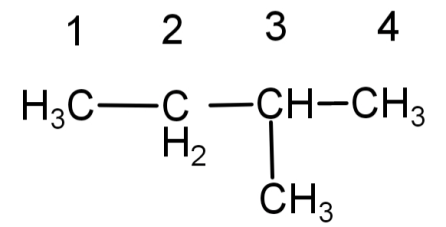 (A) Numbering done here is wrong. 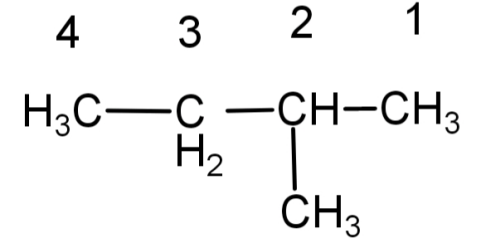 (B) Numbering done here is correct.
So, don’t confuse the above 2 isomers as different counting them as 2 isomers, they both are the same , the only difference is the numbering of the carbon atoms which is wrong in (A) and correct in (B).