Have you ever watched horror scenes of a bony skeleton falling out of the closet or undead skeletons walking on the streets? Have you ever dressed up as a human skeleton at a Halloween party? Or ever heard stories about skeletons at medical colleges? Well, skeletons in our mind are associated with scary movies and stories because they represent the dead remains of a person which ideally you would not want to stumble upon.

In reality, a skeleton is the framework of 206 bones forming the basic support structure of your body. The bones you see or hear about are usually dry, crumbly and dead bones but the bones of your skeleton are not dead. Bones in our body are very much alive and growing. It is made up of two substances:

Calcium phosphate- It is a mineral the makes are bones hard and strong.

Structure of a bone: Every bone has three layers:

Compact bone- The inner part of Periosteum is the compact hard bone that is usually seen in a skeleton.

Cancellous bone- The layer which is more like a sponge. It is not so hard yet strong.

Bone marrow- The innermost part of the bone protected by cancellous bone. It is a jelly-like substance that makes blood cells.

The smallest bone in a human body - Stapes

The human body consists of both long and short bones. Longest bone is undoubtedly the thigh bone but interestingly the smallest and the lightest bone in a human body is stapes or stirrup found in our middle ear. It plays an important role in transmitting the sound vibrations from our outer ear to the inner ear. As we know, the sound is a form of energy that requires material medium to travel. The sound produced by a vibrating source travels through air and reaches the outer surface of the ear. The auricle collects all the sound waves and directs it to the auditory canal. On reaching the eardrum, sound waves produce vibration in the eardrum which in result sets all the ear ossicles into vibration. Ear ossicles is a collective name for all the three tiny middle ear bones that helps in the transfer of sound pressure from the air-filled chamber of the ear to the fluid-filled chamber. Stapes is one of the three middle ear bones which is smallest in size (approx 3 x 2.5mm). 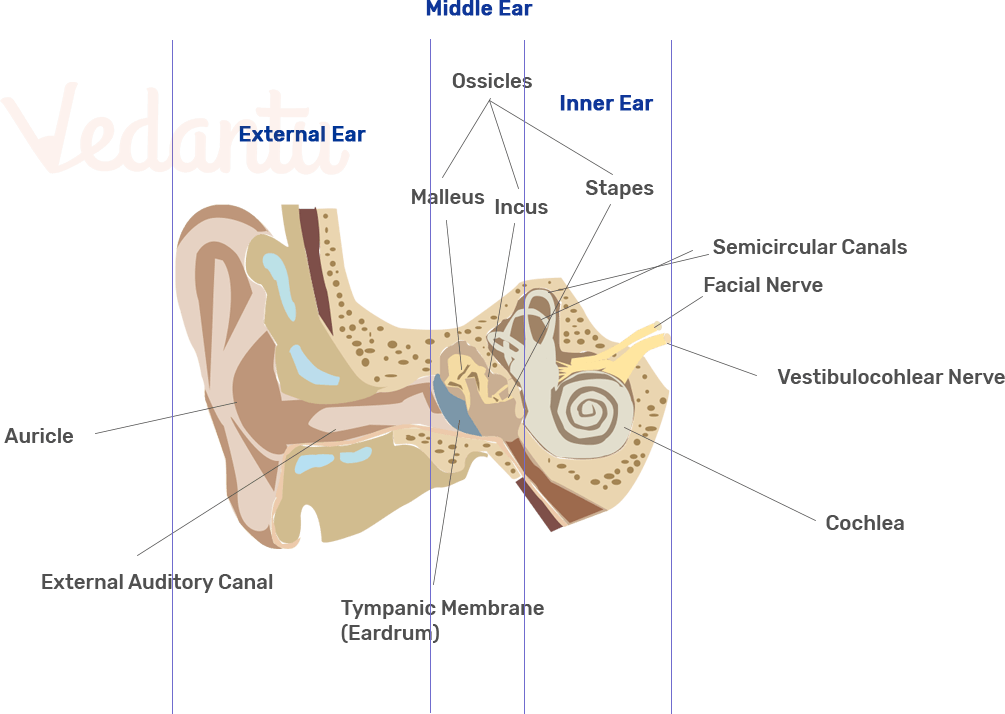 Stapes is like a horseshoe-shaped bone that acts as a tuning fork. It consists of a head, neck, base and two branches known as superior and inferior crus. The two crus transmit the sound vibrations from the head to the flat base. These vibrations later change to neural-electrical signals in the inner part of the ear. 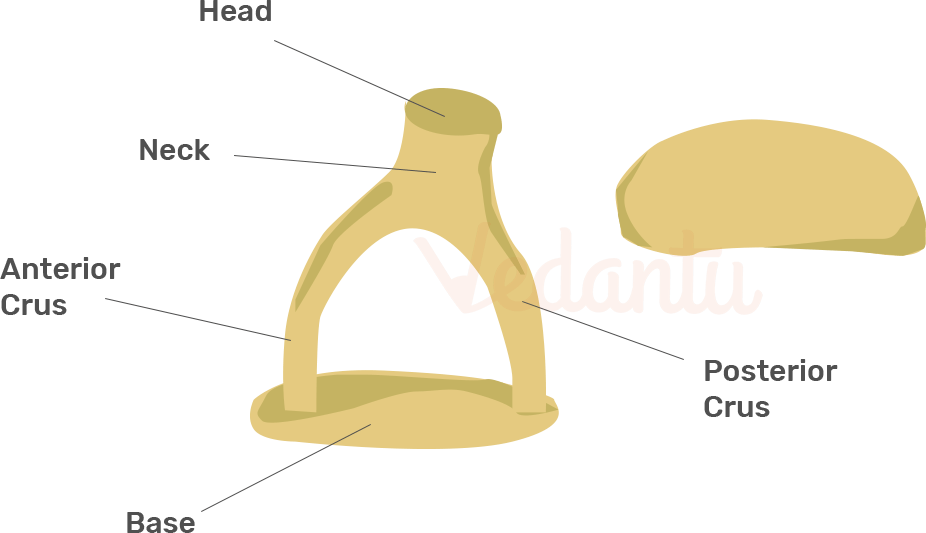 The human ear is divided into three parts:

Outer ear: An air-filled chamber that consists of the pinna, ear canal and eardrum.

Middle ear: It consists of the ear ossicles.

Inner ear: A fluid-filled that consists of cochlea and auditory nerves.

Stapes is located in a membrane-covered bony wall which separates the inner ear from the middle ear. The main function of stapes is to amplify the sound vibrations which plays an important role in setting the fluids of the inner ear in motion. This induces the neural electrical signals in auditory nerve fibres so that the information about the frequency component of the sound is coded and sent to the brain.

Once the Pinna or Auricle directs the sound waves to the auditory canal, eardrum which is sensitive enough to detect even the faintest sound replicates the sound vibrations and results in the vibration of Malleus too. The mechanical vibration gets transferred from eardrum to malleus and then to anvil. Stapes or Stirrup being the smallest bone amplifies the vibration transmitted by Anvil. Due to the amplification of this vibration, the fluid present in the cochlea starts vibrating like a wave, stimulating the small hair cells present in the cochlea. Each hair cell is associated with a particular frequency. When the vibration passes through the hair cells, it makes the hair cells detect the frequency of the vibration and changes the mechanical vibration to electrical signals which are carried to the brain through the auditory nerve. The brain recognises the sound and identifies its source. This is how the pressure wave of the sound is converted to neural electrical signals and enable us to hear all the audible sound produced by different sources.

Why is Stapes the smallest bone?

We know that the sound vibration received by Malleus from the eardrum needs to be amplified so it is important for the last bone of the ear ossicles (i,e stapes) to be the smallest in size. Smaller the bone more is the amplification of sound. Stapes acts a lever with a mechanical advantage that is used to transfer a large force (here, sound signal) over a small distance by applying a smaller force. The force reaching the ear is said to be smaller because the sound produced by the source is usually from far and is feeble. Thus, the small size of the stapes enables the ear to generate the large force from small incoming force to aid in hearing.

Any kind of problem in the middle ear or stapes will result in the low vibration and inefficient transfer of sound waves to the Cochlea in the inner ear. Therefore, due to no proper conduction of sound vibration, the resulting sound heard will be of low volume.

Human Body and It's Movements