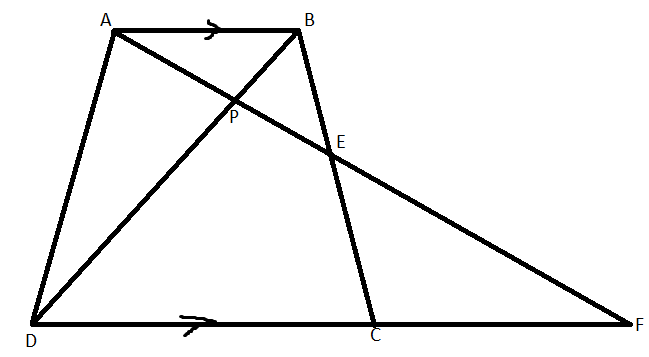 Verified
Hint: For solving this problem, we have to prove that triangle APD and BPE are similar. Now, by using the property of similar triangles, we can equate the ratio of sides to obtain the desired length.

Complete Step-by-Step solution:
According to this problem, we are given a trapezium ABCD with AB parallel to DC. We are given some other known length in the figure. Now, on reconstructing the figure we obtain: 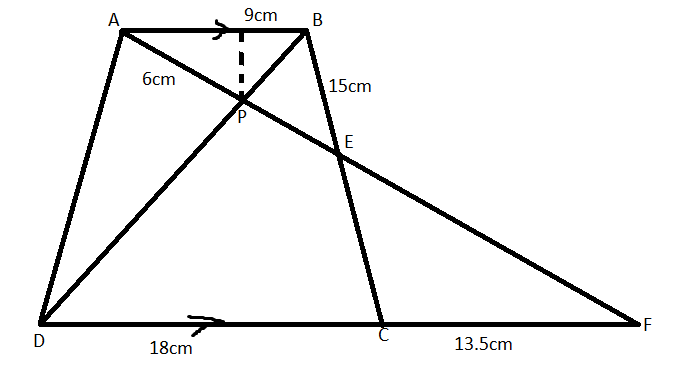 Note: The key concept involved in solving the problem is the knowledge of geometrical figures specifically trapezium and the concept of similar triangles. This knowledge is very useful in solving complex problems of geometry.